Manchester City racked up a century of Premier League goals and ensured West Ham remained in the relegation fight with a 4-1 win at the London Stadium.

Leroy Sane, Gabriel Jesus and Fernandinho were on target, while Pablo Zabaleta scored an own goal against his old club, as Pep Guardiola's title winners cruised to a record-equalling 30th victory of the campaign.

They now require two goals and three points from their three remaining games to break another two Premier League records.

West Ham, by contrast, are still only three points above the relegation zone with a troubled campaign destined for a nervous finish.

The Hammers gave the newly-crowned champions a guard of honour as they emerged from the tunnel, and they were just as accommodating on the pitch once the game kicked off.

After 12 minutes of non-stop City possession Raheem Sterling pinged the ball out to Sane on the right, and the midfielder's shot took a hefty deflection off the forehead of Patrice Evra. 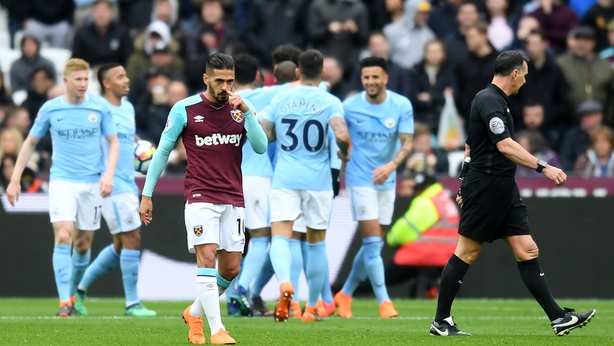 West Ham goalkeeper Adrian, back in the side with Joe Hart ineligible against his parent club, could only watch as the ball flew inside his far post.

Worse was to follow when Adrian came racing out of his penalty area to challenge Sterling as the England winger raced through.

Sterling gathered the loose ball and his shot was headed clear by Angelo Ogbonna, but with Adrian still recovering his ground in a chaotic 18-yard box Kevin De Bruyne's low cross hit the shin of Declan Rice and the backside of Zabaleta as it bounced over the goal-line.

It was probably City's scruffiest goal of the season, but nevertheless it brought up their ton.

West Ham roused themselves before half-time, though, and had the ball in the net through Marko Arnautovic only for the effort to be ruled out.

City keeper Ederson's touch had for once deserted him but Arnautovic's challenge was a little too robust for referee Neil Swarbrick's liking.

They should have been awarded a penalty when Ilkay Gundogan up-ended Edimilson Fernandes on the corner of the area but Swarbrick gave a free-kick instead.

It did not matter, though, as Aaron Cresswell curled the set-piece inside Ederson's near post to halve the deficit. 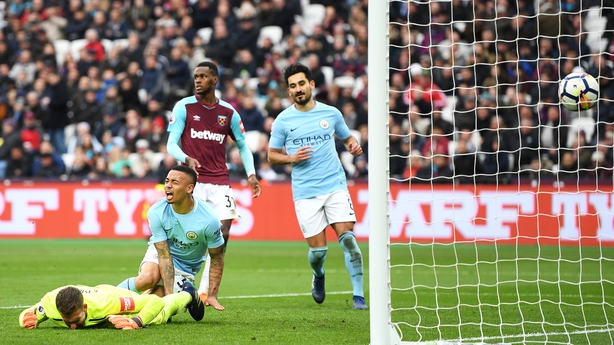 That flurry proved a false dawn, however, as eight minutes into the second half City sliced their way through West Ham's defence again, Sterling playing in Jesus who delightfully side-stepped Zabaleta before finishing past Adrian.

Sterling was by now enjoying the freedom of the London Stadium down the right, and he teed up Fernandinho for a classy fourth to seal an emphatic victory for the champions. 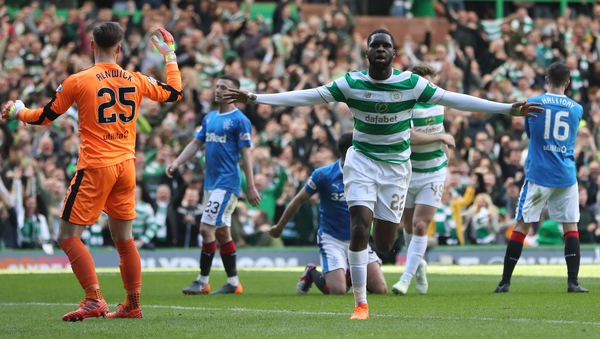