Liverpool will take on Roma for a place in this year's Champions League final after the two sides were pitted against each other at the draw in Nyon.

The Reds came through an all-Premier League quarter-final against Manchester City, winning the first leg 3-0 at Anfield and the second 2-1 at the Etihad Stadium.

Serie A side Roma produced a remarkable comeback to knock out Barcelona. The Italian team lost the first leg 4-1 in Spain, but progressed on away goals following a 3-0 home victory.

The other semi-final will be between European heavyweights Bayern Munich and holders Real Madrid, who needed a dramatic stoppage-time penalty from Cristiano Ronaldo to see off Juventus after the Italian outfit had come back from 3-0 down in the first leg to level the tie.

?? Who will reach the final in Kyiv? pic.twitter.com/fHyjIPresp

Liverpool will host Roma in the first leg on Tuesday 24 April, with the second leg on Wednesday 2 May (Live on RTÉ2 and RTÉ Player).

Bayern are at home first out against Real on Wednesday 25 April (also Live on RTÉ2), with the return leg the following Tuesday.

The last of Liverpool's five European Cup/Champions League triumphs came in Istanbul in 2005, and Jurgen Klopp's side are in their first semi-final for a decade.

Roma are in the last-four for only the second time after finishing runners-up to Liverpool in 1984, and the encounter with the Merseysiders will produce an early reunion for 39-goal Mohamed Salah, who left the Italian capital in the summer in a £38million deal.

Liverpool's last of five meetings with Roma came in 2002, when a 2-0 win put them into the quarter-finals of the Champions League.

Tough draw.... Roma showed what they can do v Barca - this tie will have amazing atmospheres both home and away #YNWA

"It feels like a great opportunity to chase the joy we were not able to experience so many years ago, but of course it will be difficult because Liverpool are an extremely strong side," he said on the club's official Twitter page.

"We need to think about ourselves and try to reproduce what we were able to show against Barcelona." 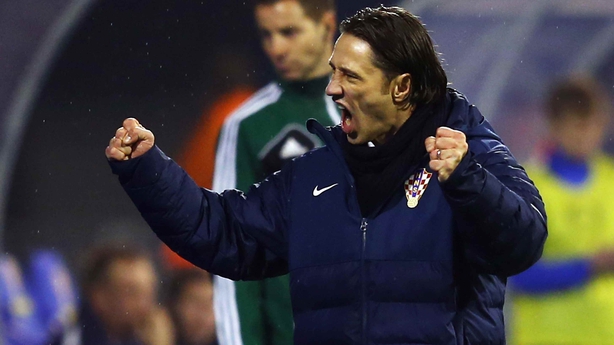 Shortly before the draw, Bayern announced that former player Niko Kovac will become the club's next head coach.

Croatian Kovac is currently boss of Eintracht Frankfurt but will leave that position at the end of the season.

Bayern have been led by interim boss Jupp Heynckes since October, following the sacking of Carlo Ancelotti. They clinched the Bundesliga title last Saturday with a 4-1 win against Augsburg.

Frankfurt sit fifth in the Bundesliga table and 46-year-old Kovac has been in charge of the first team since March 2016.

Bayern could retain veteran wingers Arjen Robben and Franck Ribery for Kovac's debut season in charge, with the club saying both have been made offers of one-year contracts. Their existing deals are due to expire this summer.