He struck after 52 minutes before a mistake from Hugo Lloris on his 200th Premier League appearance allowed Mame Biram Diouf to equalise within five minutes.

Eriksen then curled in a fiendish 63rd-minute freekick to which Kane claimed to have got the faintest finishing touch with his head only for replays to show the Dane had scored the goal that allowed Spurs to join third-placed Liverpool on 67 points with a sixth straight league win.

A goal in each half from Jonjo Shelvey and Ayoze Perez gave Newcastle United a precious 2-1 victory over Leicester City, a third win in a row that moves the Magpies into the top half of the league.

Shelvey opened the scoring when he received the ball just outside the area at the end of a sweeping move up the left flank, taking a touch to elude Leicester defender Harry Maguire before rifling home the ball in the 18th minute.

Winger Riyad Mahrez thought he had won a penalty when he went down in the box shortly before halftime but referee Stuart Attwell waved away the appeals of the Leicester players.

A defensive mix-up between Maguire and Wes Morgan allowed Spanish playmaker Perez to nip in and lob the ball over Kasper Schmeichel to make it 2-0, and though Jamie Vardy pulled back a late goal for Leicester, Newcastle held on to win. 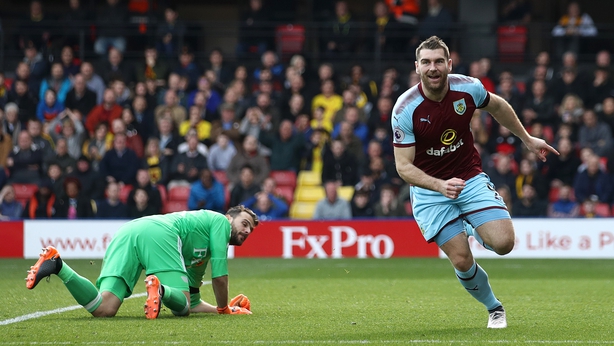 Burnley made it four straight wins in the league as they continued their push for Europa League qualification with a 2-1 victory at Watford.

Watford took the lead in the 61st minute with Argentine Roberto Pereyra slotting home after good work from midfielder Will Hughes.

Sam Vokes brought Burnley level with a 70th-minute finish, his first touch after coming on a substitute.

Three minutes later, Sean Dyche's side grabbed the winner with a header from midfielder Jack Cork.

After a poor first half, Albion took the lead when Jay Rodriguez bundled home a tap-in from two yards for his sixth league goal of the season on 54 minutes.

Swansea could ill afford to lose against such limited opposition and, after Andre Ayew missed an easy first-half chance by shooting wide, they grabbed a 75th-minute equaliser when Abraham rose to meet a cross from Sam Clucas. 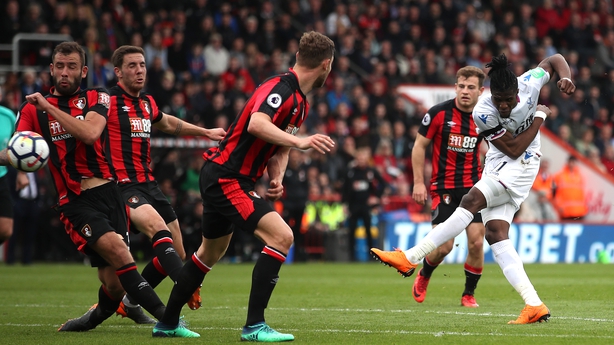 Bournemouth twice recovered from a losing position to secure a 2-2 draw at home to Crystal Palace secured with substitute Joshua King's 89th-minute goal.

The visitors had twice led through second-half finishes from Luka Milivojevic and Wilfried Zaha, but with King's goal were then denied the crucial victory that would have taken them five points clear of the bottom three.

Like King, fellow Bournemouth substitute Lys Mousset had earlier scored with one of his first touches after his introduction. Between them they ensured Palace remain 17th and at threat of relegation from the Premier League.

Ten-man Brighton blew the opportunity to take a giant step towards safety by squandering a hatful of chances to draw 1-1 with Huddersfield.

Davy Propper spurned Brighton's first gilt-edged opening with just a minute on the clock, and then saw red in the final quarter for a studs-up tackle on Jonathan Hogg.