Dundalk set a new league record by starting the season with eight consecutive clean sheets thanks to a 3-0 win over Bohemians at Oriel Park.

After something of a sluggish opening, Stephen Kenny's side are really motoring now. This was their fourth win in five matches and they enter the second series of games unbeaten and just one point behind rivals Cork City.

The only blemish on an otherwise decent night was an injury to Gary Rogers. The Meathman was looking to equal Alan O'Neill's club record of eight shut outs in a row but a calf injury meant he was replaced by Gabriel Sava after just nine minutes.

Dundalk carried on regardless and they went in front after 24 minutes when Hungarian midfielder Krisztian Adorjan, making his full League of Ireland debut, was upended by Dan Casey in the box and Patrick Hoban sent Shane Supple the wrong way from the spot.

Bohs hit the woodwork after just 20 seconds of the second-half with a long-range Keith Ward effort that looped over Sava only to kiss the top of the crossbar.

Dundalk hit back and a sumptuous Adorjan pass almost set Duffy away on the left in the 53rd minute but Supple was there to collect. 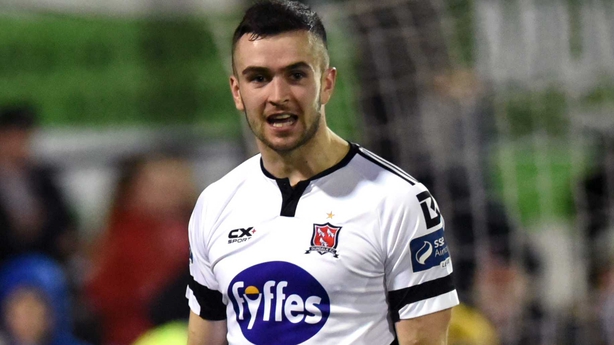 The big 'keeper then had to throw himself to his right to push the former Liverpool man's drive around the post five minutes later.

The Gypsies kept going and they had two good penalty shouts waved away by referee Graham Kelly before Chris Shields made a miraculous block to deny Dinny Corcoran in the 89th minute.

The night finished on a high for the hosts as Michael Duffy put the icing on the cake in stoppage time when he collected a Gannon pass to fire home a goal that his performance deserved.