Daryl Horgan has endured a frustrating campaign at Preston North End, but the Galway winger is refusing to feel sorry for himself and vowed to help drive the Lilywhites into the Championship play-offs.

While ex-Cork City striker Sean Maguire has established himself as a crucial figure at Deepdale, Horgan has fallen out of favour.

He moved from Dundalk in the winter of 2016 off the back of a superb campaign with the Oriel Park club, in which his performances in the Europa League really turned heads.

Horgan looked like a player for the big occasion and a move across the water was inevitable.

A lively Preston debut against Arsenal in the FA Cup suggested his star would keep on soaring, but this campaign has not been plain sailing. Boss Alex Neill has started him just five times.

"I would obviously like to think that the manager will pick me but that is the way it is. That’s football.

"Sometimes it goes well for you and then other times it doesn’t.

"I just have to keep working and hopefully play my way into contention in the last eight games for us." 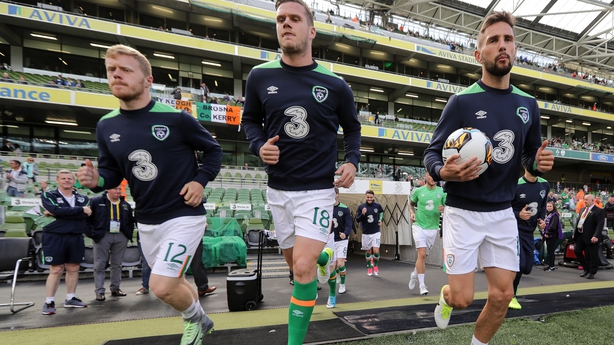 Horgan came on for Scott Hogan on the 75th minute of last week's international defeat in Turkey.

His progress with the Republic of Ireland has suffered in tandem with his club woes. The 25-year-old accepts that's par for the course though and insists it only hardens his resolve to get better.

"I’ve not been playing for Preston, so I don’t really have a leg to stand on," he added.

"It’s hard for the manager to say I’m going to throw you in when I have two international appearances and it is not going as well as I would like at club level.

"For me, it’s a case of doing as well as I can in training and when I get a chance."