Republic of Ireland U21manager Noel King says the return of a number of key players for their European qualifier against Azerbaijan is a significant boost for the county.

Ireland go into the game third at the Tallaght Stadium on Tuesday (kick-off 7.45pm) in the Group 5, level on points with second-placed Kosovo but with two games in hand. A win will put them within two points of leaders Germany, ahead of games against Kosovo and Germany in September.

Declan Rice has returns to the U21 fold following his man of the match performance for the senior team against Turkey last Friday, along with goalkeeper Kieran O'Hara.

Striker Reece Grego-Cox, who scored a hat-trick against Israel last October, and winger Jake Mulraney, who scored against Norway in November, have also joined up with the squad following club commitments.

King said: "It’s a game we’re all looking forward to. We had a fantastic win over Iceland last week and that has really built the confidence ahead of this game.

"We’ve had a great campaign so far and we need to keep it up. The squad is looking good. It’s great to have Declan Rice back for the game as he has already proven during the campaign what a crucial member of the squad he is.

"We’ve also had the likes of Reece (Grego-Cox) and Jake (Mulraney) join the squad later in the week so we’re really confident going into the match." 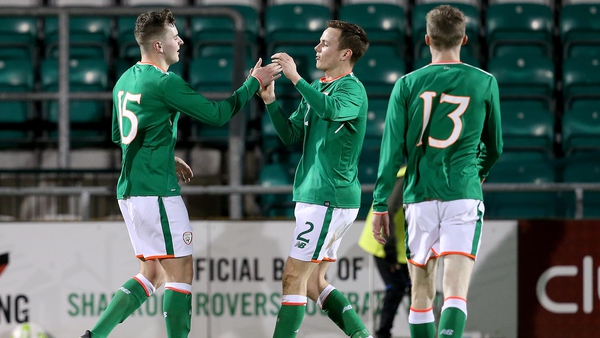 Hale brothers set Ireland U21s on their way against Iceland