Seamus Coleman will not waste any anger over the Neil Taylor tackle which cost him almost a year of his career as he prepares to return to international football.

The Republic of Ireland captain is in line to play for his country against Turkey on Friday evening for the first time since Wales defender Taylor's challenge left him with a double leg fracture.

Coleman has made a full recovery and is five games into his comeback with club Everton, but asked about his feelings towards Taylor, he was philosophical in response.

He said: "I haven't even thought of Neil Taylor five times since the injury. He played a part in the tackle - and it wasn't a great tackle. I was going for the ball, he was a bit high.

"But these things happen in a tough international fixture. If I hold any grudge against him, it's not going to help me in my rehab. He has to get on with his journey and I have to get on with mine.

"If I hold any anger towards him, it won't help me. Let him carry on with what he has to do and I'll crack on myself." 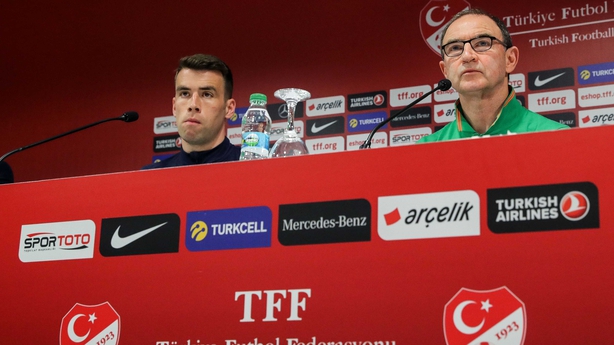 Coleman revealed that Taylor had been in touch since the incident at the Aviva Stadium on March 24 last year, but reiterated his desire to move on.

He said: "He sent a message and that was fine with me, no problem. It's a year ago now and I've got things to look forward to.

"The tackle will always be brought up, but I have to crack on with my thing now."

Coleman admitted his road back to fitness has been long and arduous, but pointed to the experience of international team-mate Alan Judge, who suffered a bad leg fracture in April 2016, as evidence that it could have been worse. 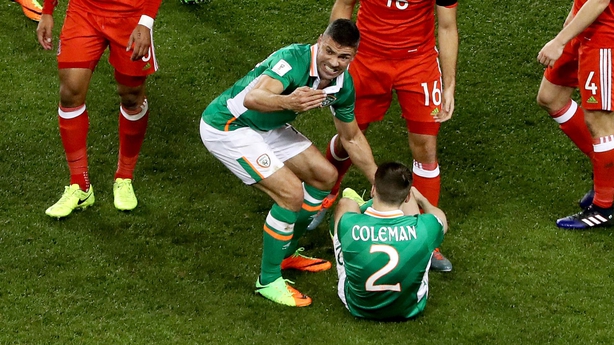 He said: "Physically, thank God, it's been OK. I don't finish training and need to ice it.

"I would have loved to have been back quicker and played a part in trying to qualify, but that wasn't to be and I would have been rushing it. But I'm on track with being back.

"A lot is made of my injury as captain of the country, but Alan Judge has also had a very tough two years and it's amazing to see him back, and credit to the manager for showing faith in him."