Josh Cullen has spoken of the bond he shares with West Ham and Republic of Ireland U21 team-mate Declan Rice, and his pride at being honoured at the FAI Awards on Sunday night.

The clever playmaker was crowned Under-21 Player of the Year, with defender Rice taking the Under-19 equivalent.

It's been a year of progress for both men at the London club, though Rice is a little further down the road than Cullen, having firmly established himself in the Hammers first team this term.

Cullen spent the first part of the campaign on loan at Bolton, but David Moyes brought him back in January and has openly praised the Essex-born 21-year-old.

He has yet to be capped at senior level, and is not included in Martin O'Neill's 25-man panel for this Friday's friendly in Turkey, but he's happy to take each step as it comes. 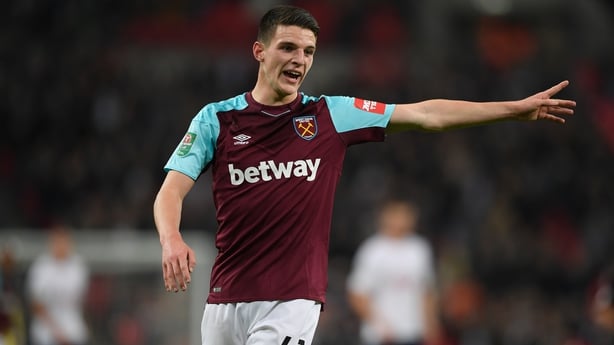 "Dec and I get on really well off the pitch and we’ve known each other a long time now. It’s great to play alongside him for Ireland. It helps that he’s a very good player as well," Cullen told the West Ham United website.

"I think it helps, having a good relationship with somebody off the pitch, it always helps on the pitch as well.

"It’s always nice and a great personal reward every now and again to get recognised and pick up an award.

"It’s been a good year for me at international level and it’s a massively proud moment for me, every time I pull on the green jersey and represent my country."

While Rice will be on the plane for Antalya, Cullen's focus is on helping Noel King's U21s maintain their push for the European Championships.

Ireland are second in their European Qualifying group, two points behind Germany. 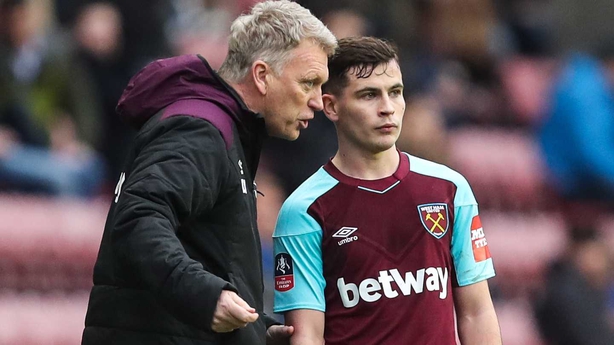 King’s Under-21s face Iceland in a friendly on Thursday before a crunch qualifier with Azerbaijan the following Tuesday.

"Winning this month against Azerbaijan would keep us close and all we can focus on is ourselves at the moment," Cullen added. "We know we have to be winning these games if we realistically want to be qualifying.

"When the draw was made, I think everyone would have said straight away that Germany would qualify automatically, so we’ve got that underdog mentality, knowing we’re good enough, and knowing we are still in contention to qualify internationally.

"We’re a year into qualifying now and in a strong position and we’ve picked up some good results along the way."