Manchester United have triggered a one-year option to retain the services of Ashley Young for another season.

The 32-year-old's deal was due to expire this summer but United have confirmed they have activated a clause to extend the contract by 12 months.

Winger turned full-back Young is enjoying a career renaissance having become an integral part of Jose Mourinho's side and regained a place in the England squad.

Young had been out the international set-up for four years before being called up by Gareth Southgate last November.

His inclusion in the latest squad for friendlies against Holland and Italy this month suggests he now has a strong chance of featuring in this summer's World Cup in Russia.

Young has successfully reinvented himself as an attacking left-back under Mourinho having played further up the field for most of his career.

Young joined United from Aston Villa in 2011 and featured in the side that won the Premier League in 2013.

He had a spell out of favour under Louis van Gaal and he was also used sparingly in Mourinho's first campaign in charge last season.

Indeed, he was linked with a big-money move to China in January 2017 but he stayed on to fight for his place at Old Trafford and is now reaping the rewards.

News of the contract extension could have implications for left-back Luke Shaw, whose future is reportedly uncertain after he was criticised by Mourinho following Saturday's FA Cup tie against Brighton 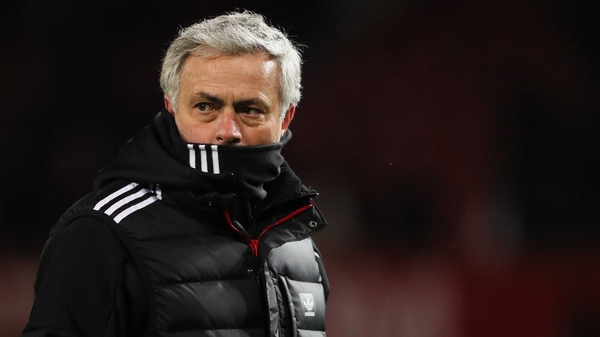