By Gary Ferry at The Brandywell

Ten-man Derry City picked up a deserved win over Bray Wanderers at The Brandywell as they again hit five goals in the Airtricity League Premier Division.

Leading through a first-half Rory Patterson goal, City were comfortable until a surprise red card for Nicky Low in the early stages of the second half.

But if Bray thought the game was turning in their favour they were sorely mistaken as Derry scored twice in four minutes to end the game as a contest.

Goals from Ronan Curtis and Aaron McEneff made the points safe for Derry before Ronan Hale scored for the third game running.

Sean Heaney pulled one back for Bray but the night belonged to Derry and substitute David Hopkirk ensured it was five for the second game running when he scored with his first touch.

There was little that Bray goalkeeper Aaron Dillon could do as the Candystripes took the lead in fortuitous circumstances early on, Low’s shot deflected in by a delighted Rory Patterson.

The home side were on top in the early stages of the second half forcing a number of corners, but their inability to reorganise in time cost them dearly as Bray broke on 55 minutes and Darragh Noone raced clear. Nicky Low attempted to stop the Bray man, only to foul him, and after vociferous Bray protestations, referee Damien McGraith produced the red card.

Within seconds, it could have been 2-0 however as Rory Hale played his brother through from half way, but after turning past Lynch, the youngster was denied by Dillon, who pushed the ball behind.

But having got Derry on the back foot for the first time, Bray shot themselves in the foot spectacularly as Lynch’s back header was woefully short and Ronan Curtis nipped in and cleverly lobbed Dillon with his knee to make it 2-0 and give the hosts vital breathing space with his fourth goal of the season.

View of the brandywell from top of the hill. It stands out well. #brandywell #derrycity #backtothebrandy pic.twitter.com/myBXwFY6Az

Bray were still recovering from that when they conceded a third. Ben Doherty, just on the pitch as a substitute for Patterson, raced on to a Crossfield pass from Rory Hale, only to be wiped out by Hugh Douglas in the penalty area. For the second game in succession, the hosts were awarded a straightforward penalty and McEneff cheekily dinked the ball down the middle off the goal to give the Candy Stripes the three points.

Derry were rampant and they duly made it 4-0 on 73 minutes when Hale broke with pace, and despite having Curtis in support, the youngster went himself, sweeping the ball past an increasingly exposed Dillon for his fifth goal in three games.

The visitors, who showed little ambition until Low’s red card, did manage to get on the scoresheet when Sean Heaney headed in from a corner but the goal came much too late to have any impact on the game.

City then made it five for the second game running as David Hopkirk, on the pitch less than a minute, fired home with his first touch after a drilled cross from Conor McDermott. 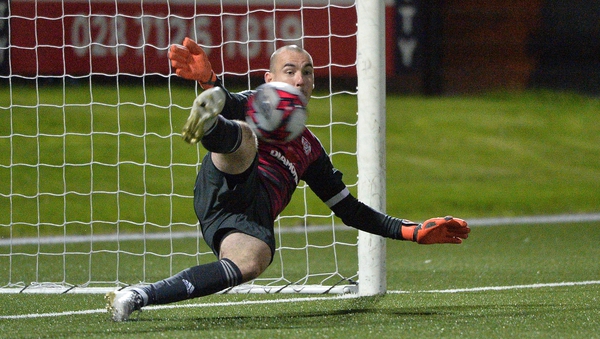 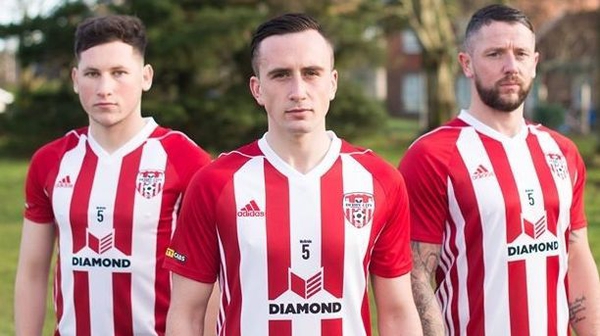