Bohs striker Eoghan Stokes has no regrets about his time with Leeds United, but the 21-year-old admits he ultimately wants another crack at carving a career out in England and is determined to earn it.

He made his senior debut in a Carabao Cup clash against Newport County last August but failed to kick on and ultimately grew frustrated with his limited opportunities.

When the chance to come home arose, he took it.

"We'd a good Kevin's team, we were well thought of and had a lot of scouts coming to the games," Stokes told the Soccer Republic Extra podcast.

"Luckily enough I was one that got a move over and I signed for Leeds.

"I enjoyed Leeds all the way to the end. I kept my head down when I was over there, stayed busy during the day and tried not to get homesick. It is tough, when you're sitting in a house on your own and you see your mates out enjoying themselves.

"But you keep your head down and try to keep yourself busy as much as you can.

"I felt like a hit a brick wall. You get a taste of first-team football and then you start playing U23s football and you think, 'this isn't for me'." 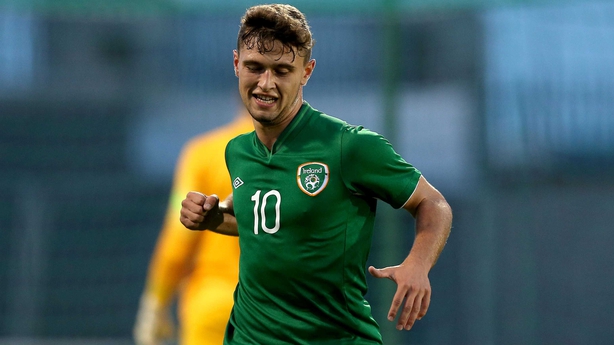 Enter Bohs. Shamrock Rovers were also interested in the frontman but Keith Long persuaded Stokes to come to Dalymount Park and it's a decision he doesn't regret.

While a switch back across the water remains an ambition, he also wants to continue his progress in the international set-up and believes he can do that with the Gypsies.

"I decided the best thing to do was come home and play football every week. Thankfully Keith gave me an opportunity here at Bohs and I'm enjoying it.

"It's a great club. The fans are well known for being great. They're showing that at the moment.

"The standard of football is very, very high. Training is sharp, intense, and that's exactly what I needed.

"I've played (with Ireland) up to U19s. Hopefully now I'm here with Bohs I can put in a few good performances and get in to the U21s team."