Everton missed their chance to climb to seventh in the Premier League after falling to a 1-0 defeat at Watford.

Toffees manager Sam Allardyce has targeted being the highest-placed team behind the established big six in his pursuit of Europa League qualification.

That Burnley and Leicester had earlier dropped points meant that victory at Vicarage Road would have put Everton on course to do exactly that.

Instead, despite being able to select the likes of Wayne Rooney, Theo Walcott and Gylfi Sigurdsson, Troy Deeney's fine late finish was enough to secure all three points for Watford, who move to the relative safety of 10th. 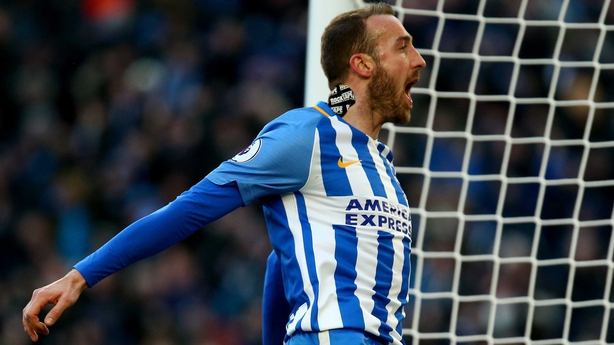 Glenn Murray was Brighton's hero as he struck twice in a 4-1 victory over Swansea to take his tally to seven goals in nine games and push the Seagulls up to 12th.

Murray put the home side ahead from the spot with 18 minutes gone after he had been felled by Mike van der Hoorn and doubled his tally from Jose Izquierdo's 69th-minute cross.

Anthony Knockaert made it 3-0 with 17 minutes remaining and, although Lewis Dunk's late own goal took some of the gloss off Brighton's afternoon, substitute Jurgen Locadia completed the scoring at the death.

Steve Mounie was Huddersfield's hero as they plunged bottom-of-the-table West Brom into ever deeper trouble with a 2-1 win at the Hawthorns.

Raj van La Parra had fired the visitors into a 48th-minute lead, but it was Mounie who put them in the driving seat eight minutes later when he ran on to Alex Pritchard's pass to make it 2-0.

Craig Dawson pulled one back for the visitors to spark a late onslaught, but the Terriers held on to claim three vital points. 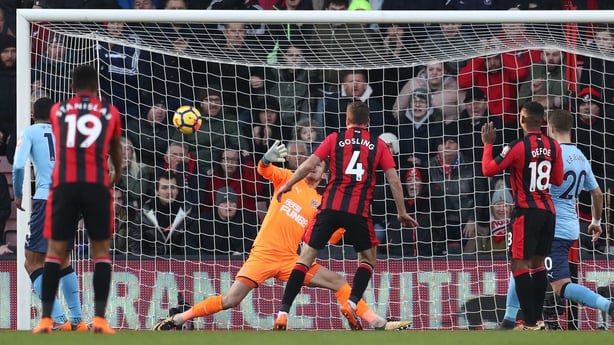 Newcastle squandered a 2-0 lead to draw 2-2 at Bournemouth as two priceless points slipped from their grasp.

Dwight Gayle's first-half double had put the visitors in complete control and Jonjo Shelvey passed up a glorious opportunity to extend his side's lead.

Adam Smith took full advantage when he smashed home an 80th-minute drive and former Magpie Dan Gosling snatched a point at the death when he turned home Nathan Ake's cross.

Manolo Gabbiadini came off the bench to snatch a point for Southampton as they fought back to claim a 1-1 draw at Burnley.

Ashley Barnes made the breakthrough with 67 minutes gone when he bundled home from close range after keeper Alex McCarthy had produced a fine save to keep out Johann Berg Gudmundsson's header.

However, Gabbiadini, who had only been on the pitch for nine minutes, struck from fellow substitute Joshua Sims' 90th-minute cross to deny the Clarets a first win in 11 league games. 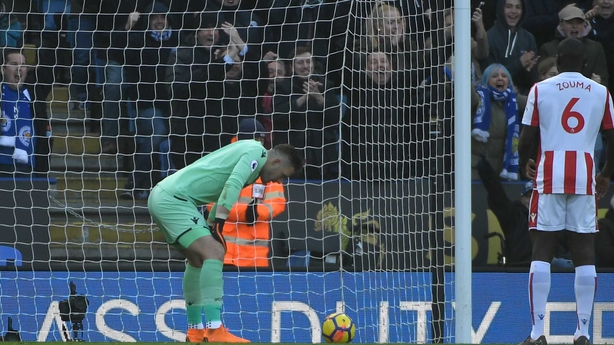 In the day's early kick-off, Jack Butland's own goal denied Stoke a crucial victory at Leicester as the Potters left with a 1-1 draw.

Xherdan Shaqiri's 44th-minute opener for the visitors, a fine long-range strike after an enterprising run, lit up an otherwise drab first half, and the visitors retained their lead until 20 minutes from time when Butland fumbled Marc Albrighton's cross into his own net.

It took Jurgen Klopp's men 29 minutes to get their noses in front when midfielder Emre Can climbed above Patrice Evra to head Salah's corner past Adrian, but they were in complete control within 12 minutes of the restart when Salah and then Firmino struck in quick succession.

Hammers substitute Michail Antonio reduced the deficit with 59 minutes gone, but Mane made it 4-1 with 13 minutes remaining.