Boss Roberto Mancini is confident Celtic will see a better Zenit St Petersburg side in the second leg of their Europa League clash on Thursday night.

The Hoops were good value for their 1-0 win in the first leg against the Russian outfit, who were playing their first competitive game in two months.

Mancini's side, however, won their three home games in the group stages and he is looking for more of the same against the Scottish champions.

"We didn't play a game for two months but we played a good game with a mistake when we conceded a goal," said the Italian, who was impressed by Hoops midfielder Olivier Ntcham while describing skipper Scott Brown as the "heart" of Brendan Rodgers' side. 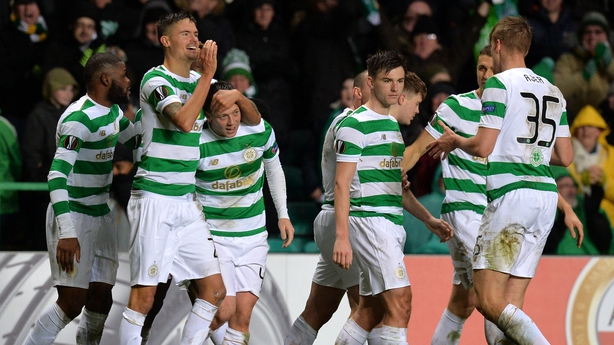 "I am confident that we can improve tomorrow.

"We knew Celtic is a good team with good players, a good manager and we knew it was going to be a difficult game.

"But at the same time we are a good team. The only problem is we didn't play for two months.

"I am confident. We need to play a good game, concentrate, without pressure, this is important."

Mancini fended off a question about a reported meeting with Alessandro Costacurta, sub-commissioner of the Italian Football Association (FIGC), about the vacant managerial post at Italy.

"I never talked with Alessandro Costacurta," said the former Italy striker. "I heard all this but it is not true. My head is on this game and this season.

"Everything can change at the end of the season but at this moment it is not my priority, my priority is Celtic tomorrow and the championship."