Gabriel Jesus has returned to full training with Manchester City as he steps up his recovery from a knee injury.

The Brazil striker has been out since suffering ligament damage in the Premier League leaders' goalless draw at Crystal Palace on New Year's Eve.

There were hopes the 20-year might have been fit to play in Tuesday's Champions League game at Basel but, although that did not transpire, the player is making progress.

It remains to be seen when Jesus will be ready to return to action but he could have an outside chance of featuring in the Carabao Cup final against Arsenal on Sunday week.

Manager Pep Guardiola said: "Today he is going to play in part of the session with the group. That's good news.

"I don't know when he'll be ready definitely to be with us, with the team, but the first step is (to train). He made one or two weeks training alone and today is the first with the team."

Winger Leroy Sane did make a surprise return in the 4-0 victory in Switzerland, just over two weeks after suffering an ankle injury it was thought could rule him out for at least weeks.

Guardiola is pleased with his rapid recovery although he is not yet fully fit.

"He played 20 minutes with the ball OK," said Guardiola. "Without the ball not perfect - he has to be involved with and without the ball - but he can do it, we'll give him the passes.

"After the problems we have had with the strikers, we need all of them (fit). It's important to have him back." 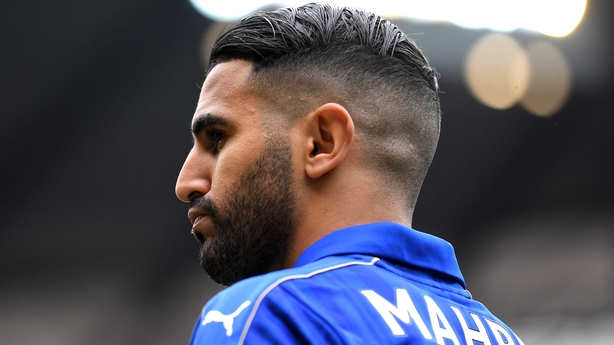 Guardiola, who was speaking to media at a press conference to preview Monday's FA Cup fifth-round trip to Wigan, was unwilling to respond to remarks criticising City from Leicester counterpart Claude Puel this week.

Puel suggested City should have shown the Foxes more respect in their recent attempts to sign Riyad Mahrez.

City withdrew their interest in the Algeria forward on transfer deadline day last month as they were unwilling to pay more than £60million for a player Leicester were valuing at £95million.

Following the collapsed move, Mahrez failed to report for training for more than a week.

He has now rejoined the squad but Puel said: "To make solicitation just one or two days before the end of the transfer window, I don't know if it's normal."

City have not responded publicly, but are understood to refute Puel's version of events having first made their interest in Mahrez known a week before deadline day. Guardiola backed up that stance.