Alex McLeish has agreed to become the new Scotland manager on a deal that is expected to run until 2020.

It is understood the former national team boss will be unveiled on Friday morning.

Hampden chiefs have spent the best part of four months searching for Gordon Strachan's replacement but have now returned to the 59-year-old after seeing first choice Michael O'Neill knock back their offer.

McLeish - who had a successful 10-game stint in charge of the side back in 2007 - travelled to Glasgow on Wednesday to meet the SFA board and impressed enough to get its unanimous backing.

Final details of the two-year contract were thrashed out on Thursday and McLeish will now set about preparing the squad for next month's friendly clashes with Costa Rica and Hungary.

His first competitive action, though, will not take place until September's inaugural Nations League clash with Albania.

The appointment of the former Hibernian, Rangers, Birmingham and Aston Villa boss concludes the long, drawn-out and heavily criticised hunt for Strachan's successor.

Northern Ireland manager O'Neill was quickly identified as the man the SFA wanted to guide Scotland towards Euro 2020 but it was forced to return to the drawing board when he decided to stay put.

Walter Smith also emerged as a contender for the job in recent weeks but the heaped fresh turmoil on Hampden bosses earlier this week as he withdrew from the race.

That opened the door for McLeish to make his return management two years after leaving his last posting with Egyptian outfit Zamalek. 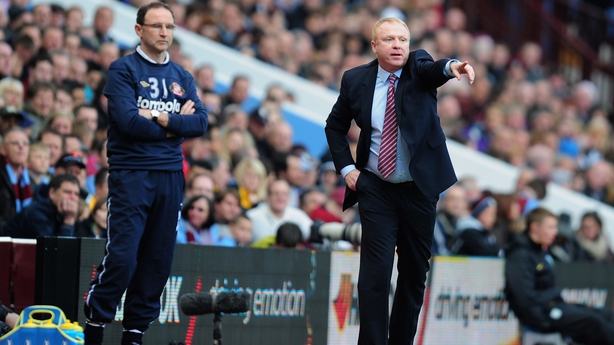 The former Aberdeen and Scotland defender was first appointed to the Scotland job back in January 2007. After taking over from Smith midway through the Euro 2008 qualifiers, he presided over 10 games - seven of which he won, including a famous James McFadden-inspired victory over France in Paris - but was unable to steer his side to the finals in Austria and Switzerland and quit to take over at Birmingham just days after the qualifying draw for the 2010 World Cup in South Africa.

Having started his dugout career with Motherwell and Hibs, McLeish went on to enjoy a trophy-laden spell as Rangers boss, where he led the club to two Scottish league titles, two League Cups and three Scottish Cups.

He also masterminded their path to last-16 of the Champions League in 2006 as they became the first Scottish club to make the competition's knock-out rounds. He continued his silver streak with Birmingham as he lead the Blues to Carling Cup glory with victory over Arsenal at Wembley in February 2011.

But his star soon began to fade and he opted to quit St Andrews' at the end of that campaign after failing to prevent their relegation from the Premier League.

Spells with Villa, Nottingham Forest and Belgian side Genk then followed before his last management job in Egypt as he struggled to recreate the blend of success he had managed earlier in his career.

His return to the Scotland hotseat will split opinion amongst the Tartan Army - not least because of his decision to walk away from the post first time round just as his side looked on the verge of something special - but the SFA is now hoping he can rediscover his magic touch.