Dundalk manager Stephen Kenny is happy with the way his squad is shaping up going into the new SSE Airtricity League season but is hoping to bring in one or two new faces.

The transfer window closes on February 22 and Kenny is still working on reinforcements, admitting that Dundalk have become a victim of their own success as clubs from abroad are targeting their players more and more often.

Dundalk have already signed the likes of Dean Jarvis, Stephen Folan, Ronan Murray and Patrick Hoban but, speaking to RTÉ Sport, Kenny admitted that his transfer business isn’t quite over.

"It is something we have ambitions to do," he replied when asked about potential new signings. "We need to add another, at least, two players, so hopefully we can do that in the next few days and we’ll make sure we’re strong as the season starts."

Dundalk’s exploits in Europe and their domestic success in recent years have caught the attentions of scouts and managers from outside of Ireland and while Kenny says that it can be frustrating to see his best players tempted abroad, he accepts that as the price of success.

"It’s an occupational hazard, creating great teams and them being dismantled, so that’s the challenge. You don’t complain about it, you understand that’s the nature of it and you have to build again and get creative players who can really make a difference." 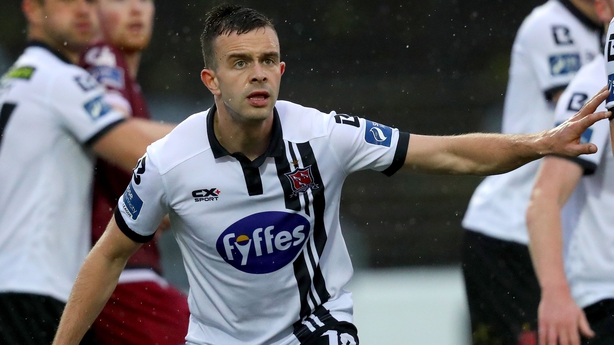 Kenny has managed to stem the tide somewhat in recent times however, and was able to convince both Robbie Benson and Sean Gannon that their future lay in Oriel Park - both committed their future to the club in the close season.

"Robbie obviously turned down St Johnstone which is a big decision for him, a Scotttish Premier League team. It’s a big boost for us because he’s a real talent, a very, very creative midfield player and he can have a very major impact on this season.

"Sean Gannon, it’s been well documented that he’s been much sought after and the fact that he signed a three-year contract was a big boost to us."

Dundalk get their league campaign underway at home to Bray Wanderers on Friday, having suffered defeat in the curtain raising President’s Cup last weekend to Cork City.

Cork battled back from a 2-0 half-time deficit to win 4-2 in a dramatic encounter but for Kenny that game was tempered by the fact that his side were short several key players. It's a not a result he's reading too much into.

"I don’t see it as being over significant to be honest. I was more concerned with the couple of injuries we picked up and that was disappointing.

"It was a good game, a crazy game really, and obviously we had several players missing so we’d expect to be stronger over the next couple of weeks."