Shamrock Rovers midfielder Trevor Clarke insists he is ready to deal with the pressure and expectation that comes at the Dublin club, as he prepares for a season opening game against Bohemians.

Rovers travel to Dalymount Park to face their fierce rivals on Friday in a game that serves as the curtain raiser to the new season and is live on RTÉ 2.

Speaking at the launch of the new SSE Airtricity League campaign, Clarke revealed that he’s relishing the showdown with Bohemians and that he sees it as a chance to lay down and early marker.

"The atmosphere, the fans, the buzz around the place is just going to be unbelievable."

Defender Trevor Clarke of @ShamrockRovers talks about his side's season opening game against Bohemians, the quest for silverware and the #FootballLovesUs campaign pic.twitter.com/t00NKbU5oV

Despite starting the season with such an important clash, Clarke is not feeling any extra pressure.

"There’s always pressure on you going into each game. You want to win, you need to win, the fans want you to win but look, we’ve had a good preseason, we’re doing well and we’re just hoping to see what way the team is going to play on Friday night.

"Every game, playing the big teams or small teams there’s pressure on you. But even now there’s more pressure on you because it’s the first game of the season, you need the win on the board, you want the first three points. I’m just dying to see what happens on Friday night."

Looking past Friday’s game, Clarke is targeting an end to Rovers silverware drought.

The Hoops finished third in the Premier Division last season, behind Cork City and Dundalk, while they were beaten 3-0 by Dundalk in the final of the EA Sports Cup and exited the FAI Cup at the semi-final stage,  where they were also beaten by Dundalk.

It’s now seven years since Rovers last lifted the league title and their wait for an FAI Cup win stretches back to 1987.

Clarke is hoping to bring a trophy back to Tallaght Stadium this season and added: "It’s always going to be tough, Cork and Dundalk are strong sides and they have been for over a number of years now really.

"Our target is to do better than last year. You want to do as good as you can in the league and obviously it came so close last year, the semi-final of the [FAI] Cup and we got beaten in the final [of the EA Sports Cup].

"So you want to do as well as you can and try to get a bit of silverware on the board." 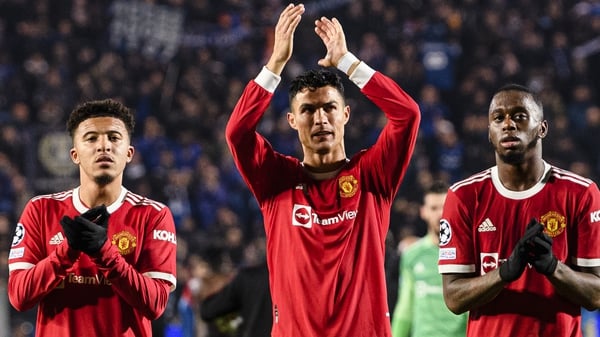