Everton boss Sam Allardyce revealed Seamus Coleman picked up a muscle injury during the Toffees' 3-1 defeat of Crystal Palace which led to his half-time withdrawal.

The Republic of Ireland defender suffered a dreadful leg break a year ago but was superb on his full return to action against Leicester City ten days ago.

Regardless, the Merseysiders are understandably treating the Donegal man with kid gloves as he feels his way back, and Allardyce afterwards that

"Seamus Coleman has a muscle injury and will have a scan tomorrow," he said.

"It is not related to the broken leg he suffered."

Palace remain in danger after their loss at Goodison Park.

Gylfi Sigurdsson broke the deadlock with a deflected effort a minute into the second period before striker Oumar Niasse - who was given a retrospective two-match for diving when the clubs met at Selhurst Park earlier in the season - quickly headed a second.

England Under-21 midfielder Tom Davies added a third and, despite Luka Milivojevic reducing the deficit from the penalty spot following Ashley Williams' handball, Palace were unable to salvage anything, leaving them just two points above the bottom three. 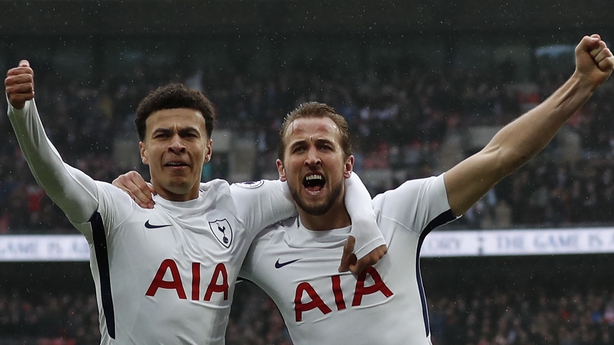 Tottenham climbed to third after Harry Kane scored a second-half winner to settle the north London derby against Arsenal.

With top-four rivals Manchester United, Liverpool and Chelsea not playing until Sunday or Monday, Spurs took full advantage as top-scorer Kane nodded in his 32nd goal of the season from Ben Davies' cross to secure a deserved 1-0 Wembley victory.

The sixth-placed Gunners had little response to going behind and could have lost by a bigger margin, although substitute Alexandre Lacazette wasted a glorious late chance to snatch a point in front of a record Premier League crowd of 83,222.

Kane's goal was his seventh in eight games against Arsenal and leaves Arsene Wenger's men six points adrift of the Champions League spots following their third successive away loss. 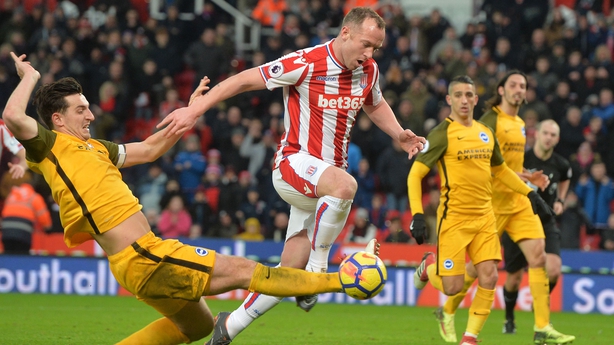 At the bottom end of the table, Charlie Adam missed a last-minute penalty as Stoke dropped two precious points in a dramatic 1-1 draw with relegation rivals Brighton.

Substitute Adam had only been on the pitch for around 10 minutes when his spot-kick was superbly saved by Albion goalkeeper Mat Ryan before the rebound was somehow cleared by Lewis Dunk.

The Seagulls had taken a first-half lead through a clinical finish from Colombia winger Jose Izquierdo before the 18th-placed Potters, who remain in the bottom three on goal difference, levelled through a curling effort from Switzerland international Xherdan Shaqiri 22 minutes from time.

There was also late drama at the Liberty Stadium where Ki Sung-yueng struck the winner as Swansea continued their resurgence under Carlos Carvalhal by beating out-of-form Burnley 1-0.

The Swans, who are now five league games unbeaten under Portuguese coach Carvalhal, looked like they would have to settle for a point until South Korea midfielder Ki drove home his first goal since May 2016 from the edge of the box with nine minutes to go to boost their survival hopes.

Defeat for Sean Dyche's Clarets leaves them 10 games without a league victory, although they stay seventh. 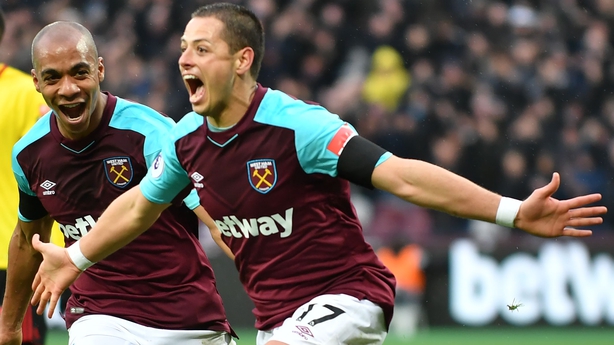 Elsewhere, West Ham moved level on points with 11th-placed Watford by beating the Hornets 2-0 at the London Stadium.

Javier Hernandez's seventh goal of the season put the Hammers on course for victory before Marko Arnautovic sealed the three points in the second half.