Liverpool manager Jurgen Klopp has no intention of buying his way out of trouble and insists back-to-back defeats is no reason to become "nervous" and dip into the transfer market.

After an 18-match unbeaten run the Reds have now lost to Swansea and, in the FA Cup, West Brom but Klopp insists that does not point to a deficiency in his squad despite having chosen not to replace playmaker Philippe Coutinho following his £142million sale to Barcelona.

"Phil Coutinho is not to replace in this transfer window. We can stop thinking about it," he said.

"It is not about replacing anyone, it is about using our own opportunities, our own tools, players, tactics and formations.

"Yes, it is right we didn't play well at Swansea but a few days before we played fantastic against Man City.

"We could have won at Swansea and exactly the same with the last game. It was not about creating chances, it was about different things.

"I don't think Phil would have helped a lot in these situations.

"We have to get immediately back on the winning track and we need results to reach our targets, we know that, but the solution is not out there in the transfer market in this moment.

"We always have open eyes in situations like that but it is not like there is something out there for us to get because we really think we have to use, first of all, our players. 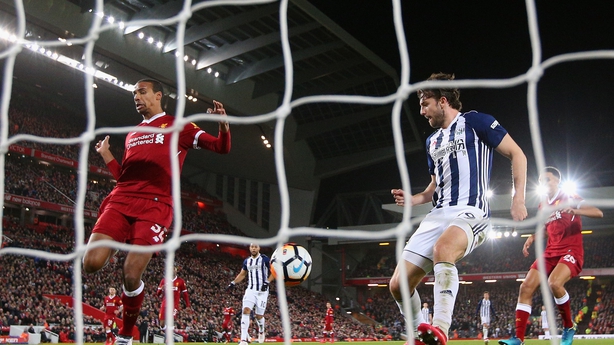 "Unfortunately in the moment when Phil left Adam (Lallana) got an injury and that was unlucky but that cannot be the reason for getting nervous and going out to try do something.

"In the long term we will do a lot, in the short term I don't think a lot will happen."

Liverpool head to Huddersfield on Tuesday where Klopp comes face-to-face on the touchline again with best friend David Wagner.

The Terriers are going through their own sticky spell with just one win in the last eight but the pressure to win is already greater on Liverpool.

"It is how football is, how life is. Two weeks ago we had an 18-game unbeaten run and then you lose twice and everything feels different," added Klopp.

"That's OK because for us it is important you feel it and don't think it is not important.

"We have to make it much better from now on. If you use a defeat to learn from then it is still bad but it is OK. If you don't learn from it you are silly.

"I don't look ahead four or five weeks and think 'That's an important game' so it has not changed for Huddersfield.

"We need to show we are really ready for that. Huddersfield is a special place, the whole city fights for the league.

"They don't expect brilliant football, they expect a proper fight and that is what Huddersfield Town is ready to deliver.