Manchester City manager Guardiola played down that he could win his first cup final at the club after his team booked their place in the final of the Carabao Cup after a 3-2 win at Bristol City.

Goals from Leroy Sane, Sergio Aguero and De Bruyne secured a 5-3 aggregate triumph after another spirited performance from the Championship side and the former Barcelona manager said it was all about the team.

"The club is trying to reach another level that wasn't in the past with (Roberto) Mancini, with (Manuel) Pellegrini they achieve that and we try to keep going in that level.

"We are so happy. We played an amazing game."

"Very pleased. We played a very good game. They had two chances with the long balls and it's a little bit of a shame that they score two times but today we were very good," De Bruyne told Sky Sports Football.

"We didn't really give them opportunities and in the end we scored in the last minute.

"We came here, we knew the crowd would be up for it but we managed to keep them quiet. We controlled the game very well and especially in the first half they didn't get any chances.

"After the 2-0 they were going to play long balls and in the end I think we deserved to go to Wembley." 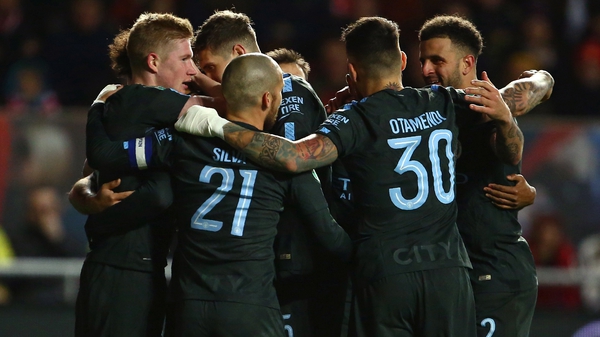