Gareth Bale, Cristiano Ronaldo and Nacho all scored twice as Real Madrid got back to winning ways with a crushing 7-1 victory over Deportivo La Coruna.

Wales international Bale took his tally to five goals in his last four matches to help Madrid to only a second win in their last six matches in all competitions.

After a bright start, Madrid fell behind in the 23rd minute as Lucas Perez got in behind the defence and squared the ball to Adrian who slotted home.

Zinedine Zidane's men responded and hauled themselves level after 32 minutes when Marcelo's pull back was side-footed home by Nacho from 15 yards.

Madrid were ahead before the break when Bale curled a stunning strike into the top corner and the former Tottenham forward added his second of the game in the 58th minute with a header from a Toni Kroos corner.

Another superb effort from Luka Modric made it 4-1, Ronaldo tapped in his fifth LaLiga goal of the season before a neat header from the Portuguese put Madrid 6-1 up.

Nacho's second of the game two minutes from time completed the scoring. 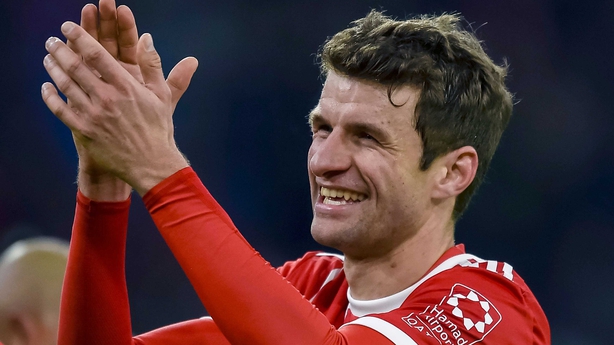 Muller and Robert Lewandowski both scored braces as lowly Werder gave Bayern a real fright at the Allianz Arena.

Jerome Gondorf had fired the visitors into a 26th-minute lead and Werder were level in the final quarter when Niklas Sule put through his own net.

But the visitors were denied what would have been a precious point when Lewandowski and Muller struck in the closing stages, securing Bayern's sixth straight Bundesliga win.

Napoli moved four points clear at the Serie A summit on Sunday with a 1-0 victory over Atalanta in Bergamo.

Dries Mertens settled the early kick-off after 65 minutes, accepting Jose Callejon's through ball to fire home an angled drive for his 14th goal of the season and earn the Partenopei a measure of revenge for their Coppa Italia defeat to the Nerazzurri earlier this month.

The goal marked the end of a 910-minute drought for Belgium forward Mertens.
Second-placed Juve host Genoa on Monday night.

Lazio climbed above Inter Milan, who host Roma on Sunday evening, and into third with a thumping 5-1 triumph over Chievo.

Fabio Quagliarella hit a hat-trick in Sampdoria's 3-1 victory over fellow European hopefuls Fiorentina at the Stadio Luigi Ferraris. Carlos Sanchez pulled a goal back for La Viola with a header 10 minutes from time, but it was scant consolation.

The win consolidated sixth spot for Samp, moving them five points better off than their guests.
Mattia Destro, Sebastien De Maio and Blerim Dzemaili scored as Bologna cruised to a 3-0 success against rock-bottom Benevento.

Crotone ran out 3-0 winners at 10-man Hellas Verona in a battle between two teams in the bottom three at the start of play. 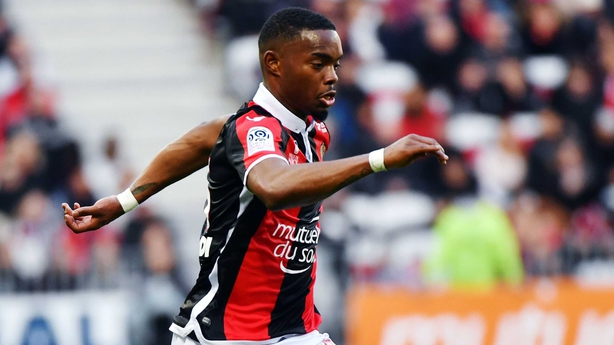 Leo Lacroix, Paul Georges Ntep and Loic Perrin had all threatened for the visitors in quick succession before Cyprien struck with 22 minutes played, and from that point on, the home side started to flex their muscles.

Mario Balotelli went close to a second two minutes before the break and Patrick Burner and Bassem Srarfi after it, but they could not increase their lead and keeper Walter Benitez had to make a late save from Gabriel Silva after Yann M'Vila had only just missed the target as St Etienne finished strongly. 211648 JAN 18