The Blues have made an approach for former England international Crouch as they seek to bring in a target man before the end of January, according to various national newspapers.

The 36-year-old, who has scored four goals this season, signed a one-year contract extension through to 2019 in November but Mark Hughes has since departed and been replaced by Paul Lambert.

Chelsea head coach Antonio Conte is likely to be quizzed on the club's transfer targets at his media conference on Friday ahead of the trip to Brighton.

Carroll has been linked with a move to the Premier League champions but any move now appears unlikely after a scan is understood to have revealed the severity of his ankle injury.

Surgery is among the options being considered and if Carroll underwent an operation he would be out for months, rather than weeks. 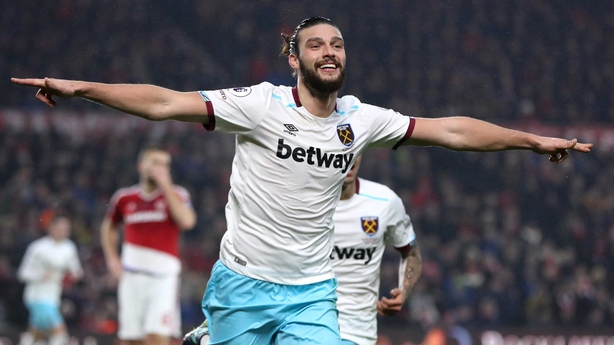 Meanwhile, the Blues have refuted claims they may have breached transfer regulations when signing young players from overseas.

The Guardian reported on Thursday that world governing FIFA had pinpointed 25 cases after carrying out an investigation into the club's recruitment of players aged under 18.

According to the newspaper, FIFA's transfer matching system (TMS) examined incoming deals involving the Premier League club and forwarded its findings to the organisation's disciplinary committee.

A club spokesman said: "Chelsea FC complies with all FIFA statutes and regulations when recruiting players."

FIFA has been approached by Press Association Sport for comment.

International transfers are only permitted for players over the age of 18 - unless the player in question meets one of three qualifying criteria.

Under-18s can move to a club in a different country if their parents move there for non-footballing reasons, if they are from another nation within the European Union or European Economic Area and aged between 16 and 18, or if they live within 100km of the club.

Chelsea faced scrutiny in January 2016 after it emerged Burkina Faso international Bertrand Traore played for their under-18s side against Arsenal in 2011 when aged 16, in an apparent breach of FIFA regulations.

The London club at the time considered forward Traore to be the subject of an option agreement which allowed him to play in friendly games. He formally signed for the Blues in January 2014, and after loan spells with Vitesse and Ajax he joined Lyon last summer on a permanent deal.