An 87th-minute goal from substitute Glenn Murray gave Brighton a 2-1 win over Crystal Palace in the FA Cup third round in the first competitive English game to feature use of the Video Assistant Referee (VAR).

The new technology did not get used for any reviews during the game which took place without any real controversy apart from some questions over former Palace striker Murray's goal. 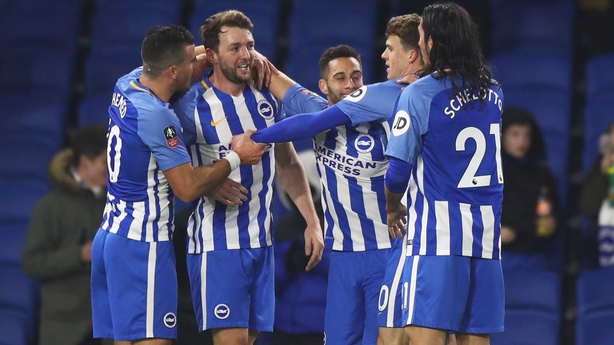 Brighton took the lead in the 25th minute when Argentine full-back Ezequiel Schelotto fed Dale Stephens and the midfielder's low right foot drive beat Palace keeper Wayne Hennessey who will be disappointed he did not save at his near post.

Bakary Sako, who had been the main threat for Palace throughout, pulled the London side level when he took advantage of space outside the Brighton box and hammered home a fierce drive. 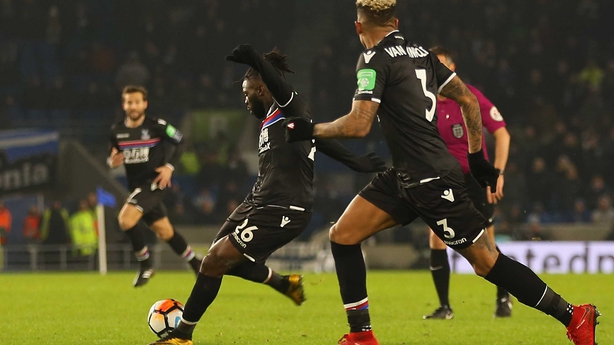 Sam Baldock hit the post for Brighton and Beram Kayal blasted over from a promising position as the home side pushed for a winner but it was the experienced Murray who sank Palace's hopes of earning a replay.

A looping header goalwards from Uwe Hunemeier was touched over the line by Murray's knee and despite some appeals for handball there was no use of the review system.

Chris Hughton's side will face Middlesbrough away in the fourth round. 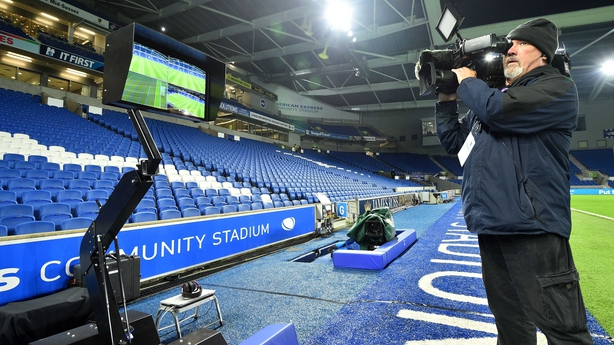 The VAR system has already been used in several leagues including the Bundesliga and Italy's Serie A and could feature in this year's World Cup in Russia in June and July.

Soccers law-making body IFAB is expected to decide next March whether to allow video assistant referees to become part of the game on a permanent basis.