Newport staged a dramatic late comeback to dump the Championship giants out with a 2-1 victory at Rodney Parade. 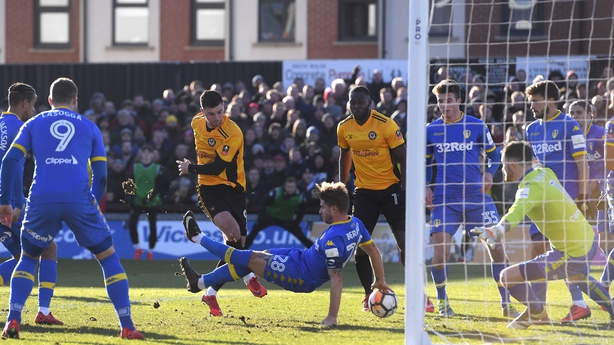 County trailed for the majority of a full-blooded third-round affair after Gaetano Berardi's ninth-minute strike from distance found its way through.

But they levelled 14 minutes from time when Shaughnessy sliced into his own net before Shawn McCoulsky's soaring header sent them into the fourth round for the first time since the 1978-79 season.

Leeds were then reduced to 10 men when substitute Samuel Saiz was immediately sent off in an off-the-ball incident.

Joe Hart kept West Ham in the FA Cup after the Hammers survived a scare at his old club Shrewsbury.

Republic of Ireland U21 internationals Declan Rice and Josh Cullen started for the Hammers and both impressed, but overall David Moyes' men were poor.

The hosts, second in League One, dominated for long spells and fully deserved another shot at the Hammers after a 0-0 draw.

West Ham needed Shrewsbury-born Hart, who began his career with the Shropshire side, to save well from Mat Sadler and Shaun Whalley while Jon Nolan fired over late on.

The Premier League visitors, who only made four changes from their last league outing, failed to test the committed Shrews after a limp display. 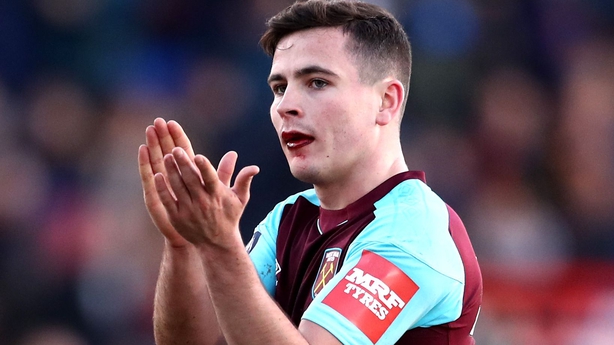 But the hosts were unable to find a way through to ensure Moyes, a former Town player, avoided another embarrassment after suffering a shock as Everton boss in 2003 when Shrewsbury beat the Toffees 2-1.

Cullen (above) was a tidy presence in the visiting midfield but lost a tooth in a nasty collision in the closing stages, catching a boot flush in the face and requiring lengthy treatment.