Irish duo Daryl Horgan and Alan Browne were both on the mark as Championship side Preston North End progressed to the fourth round of the FA Cup with an impressive victory over League Two side Wycombe Wanderers.

Horgan and Browne found the net, with the latter scoring a brace, in the 5-1 win.

Millwall's Aiden O’Brien was also on target twice as his side came from behind to win 4-1 and send Barnsley crashing out of the Cup.

Alan Pardew oversaw his first win as West Brom boss in a comfortable 2-0 victory against Exeter.

It took only 75 seconds for Saloman Rondon to grab the opener and Jay Rodriguez added the second, but Hal
Robson-Kanu missed a penalty while the Baggies also had two goals disallowed.

Southampton put their freefall down the Premier League to the back of their minds as James Ward-Prowse was on target in a 1-0 victory at Fulham.

Bristol City placed the FA Cup down their list of priorities as they chase promotion from the Championship and prepare for a Carabao Cup semi-final first leg at Manchester City.

The Robins made seven changes against Watford and were punished by a 3-0 defeat at Vicarage Road, Andre Carrillo, Troy Deeney and Etienne Capoue scoring the goals.

Newcastle swept aside Luton 3-1 with Ayoze Perez on target twice while Swansea were held to a goalless draw by Wolves.

Sunderland's hopes of igniting their season through a meaningful cup run ended with a 2-0 defeat at Middlesbrough in their Tees-Wear derby showdown.

Rudy Gestede and Martin Braithwaite struck before half-time to put the game beyond the reach of the Championship's bottom-placed club.

Runaway Premier League leaders Manchester City marched on in their quest to win four trophies following a 4-1 rout of Burnley. 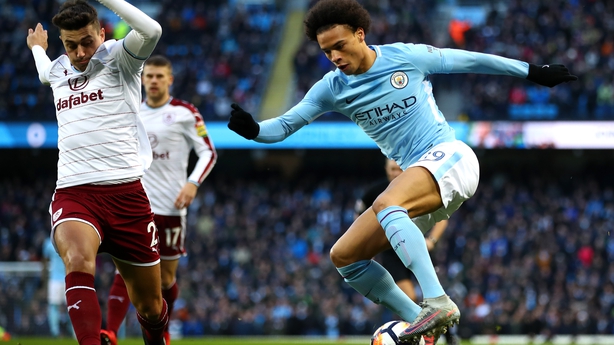 A defensive error enabled Ashley Barnes to give the visitors an unexpected league only for Pep Guardiola's men to take full control through two goals from Sergio Aguero and one each by Leroy Sane and Bernado Silva.

Leicester were held to a goalless draw by League One club Fleetwood at Highbury Stadium.

Jamie Vardy was forced to miss the clash with his former team because of a groin problem and the 2016
Premier League champions barely threatened the home side in his absence.

Huddersfield progressed to the fourth round after strikes by Rajiv van La Parra and Danny Williams resulted in a 2-1 victory at Bolton.