Rudy Gestede and Martin Braithwaite scored in the first half as Middlesbrough dumped dismal north-east rivals Sunderland out of the FA Cup with a 2-0 win at the Riverside Stadium.

Gestede took just 10 minutes to heap more woe on the Championship's bottom club and Braithwaite's effort just before the break effectively ensured the visitors' sole remaining focus this season will be avoiding a second consecutive relegation.

Black Cats boss Chris Coleman may take heart from an improved second half display from his injury-hit side, but they had only a Josh Maja shot and a Tyias Browning header which was brilliantly saved by Boro keeper Darren Randolph to show for it.

In contrast Boro look to be heading in a different direction under new boss Tony Pulis, who made three changes in a strong line-up, which included the respective returns of both his goalscorers.

In predictably chilly conditions at the Riverside Stadium, the hosts took advantage of the time and space afforded them in the opening stages by going ahead after a slick 10th-minute move.

Adama Traore timed his pass from the right flank to perfection to send in Gestede, who threaded the ball past the onrushing Jason Steele, a former Boro number one, to put his side ahead.

Braithwaite could have doubled Boro's lead within a minute when he blasted a good chance straight at Steele, while Sunderland's only early opening was a rising long-range effort from Bryan Oviedo.

Traore eased past three visiting defenders before having a shot blocked before a brief period of respite from the visitors, for whom Honeyman had a shot blocked and Oviedo a cross booted clear by Ben Gibson.

Three minutes before the break Boro deservedly doubled their lead when Steele failed to deal with a Downing corner, leading to a prolonged goalmouth scramble before the ball fell to Braithwaite who prodded home.

The visitors improved territorially in the second half, Maja clattering an effort against the woodwork from a Honeyman corner, but for all their possession their final ball was dreadfully lacking and they summoned nothing to threaten Darren Randolph in the Boro goal.

Finally the visitors came close to a breakthrough in the 68th minute when Tyias Browning met an Oviedo corner with a powerful, point-blank header which Randolph somehow managed to tip onto the bar and away.

Gestede almost added his second in the 75th minute when his shot from a Ryan Shotton cross was well saved by Steele, and substitute Adam Clayton drilled an effort over the bar as the home side ultimately eased to victory. 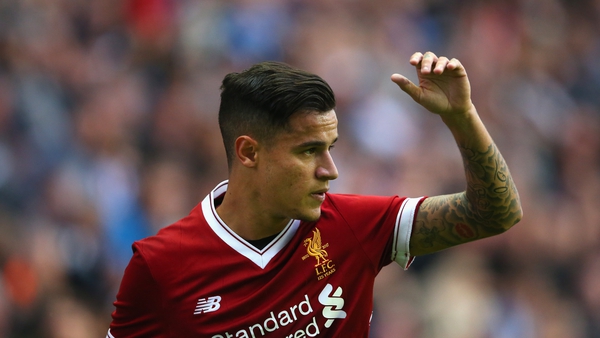 Liverpool agree to sell Coutinho to Barca with 'great reluctance'