Son Heung-min and Pedro Obiang each scored a stunner as Tottenham were held by West Ham to a 1-1 draw at Wembley.

Spurs had hit 20 shots by the time the Hammers took the lead with their first as Obiang beat Hugo Lloris with a blistering effort from 30 yards.

Son replied with his own spectacular long-range strike six minutes from time, but Tottenham were unable to find a winner on another frustrating night for them at the national stadium.

The draw leaves Mauricio Pochettino's side three points short of Liverpool in fourth, while West Ham climb to 15th, three points clear of the relegation zone.

Both sides had been afforded only 48 hours rest here, although West Ham enjoyed the smoother turn-around given their crunch win over West Brom came only a short train ride away in east London, while Spurs were still flying back from their own victory in Swansea in the early hours of Wednesday morning.

There also were a noticeable number of empty red seats at Wembley, where the 50,034 attendance suggested that on the sixth consecutive day of Premier League matches, and ninth out of 10, even football fans can have enough of a good thing.

But this contest lacked nothing for excitement, as West Ham showed all their new-found resilience under David Moyes and would have had a shock win were it not for Son's late intervention. 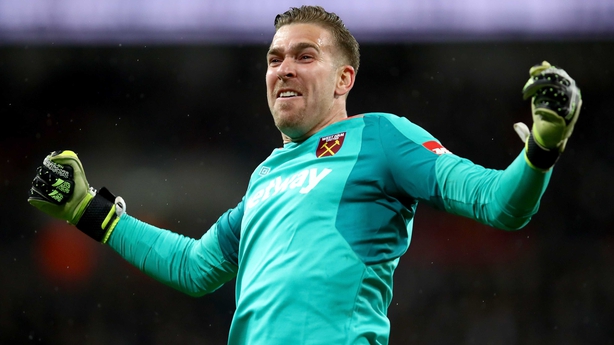 For Spurs, this was another case of failing to break down a stubborn rear-guard at home. These results could well cost them dear in May.

Harry Kane shook off illness to return to the starting line-up in place of Fernando Llorente, while Serge Aurier and Moussa Sissoko also came in.

West Ham made three changes too, as the injured trio of Marko Arnautovic, Andy Carroll and Aaron Cresswell made way for Mark Noble, Javier Hernandez and Republic of Ireland U21 international Declan Rice.

Spurs showed no sign of fatigue in the opening stages as Kane almost steered in Christian Eriksen's deflected cross before Davinson Sanchez drew a last-ditch block from the excellent Rice after Adrian had fumbled a high ball.

After surviving the early onslaught, however, West Ham settled in, cementing 11 players in their own half and showing little interest even in the occasional chance of a counter.

It had the intended effect on Tottenham's attacks, which became increasingly ponderous and when Sissoko prodded a blind pass straight out of play, the tone of the game seemed set.

Even the usually docile Kane grew frustrated. He harangued referee Mike Dean when Pablo Zabaleta seemed to pull him down at the back post and then soon after it was Zabaleta again lunging across as Kane was about to pull the trigger. 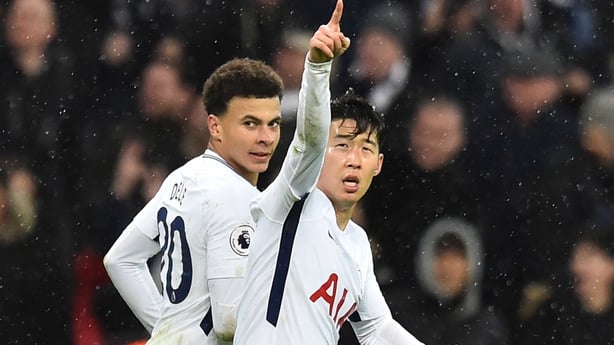 With 70 minutes gone, Tottenham had reeled off 20 shots without success, so it was an even crueller blow when West Ham scored with their first.

It was by far the finest attempt of the night so far as Obiang drifted inside from the left and sent the ball soaring past the outstretched hand of Lloris. "We only need one shot," sang the visiting fans.

Cheikhou Kouyate could even have made it two but fluffed a free header at the back post and it proved a costly miss as Son struck in the 84th minute.

The South Korean lined up more centrally than Obiang, but his shot was no less emphatic, flying past Adrian, also into the top corner.

Tottenham fans roared their team on to find a winner, but West Ham had the best late chance as Andre Ayew wriggled through, only to be denied by the feet of Lloris.