Jonny Hayes is "philosophical" about the broken leg which will keep him out for the rest of the season, according to Celtic boss Brendan Rodgers.

The 30-year-old winger suffered the injury in the first half of the 2-0 win at Dundee following a challenge by defender Josh Meekings.

Hayes was signed from Aberdeen in the summer and scored his first goal for the Hoops in the 3-0 victory over the Dons last Saturday.

Speaking at the club's Lennoxtown training complex Rodgers said: "We are obviously gutted for Jonny because he has really settled in over these last few months and you have seen his performance level when he has come on and obviously when he started against Aberdeen. 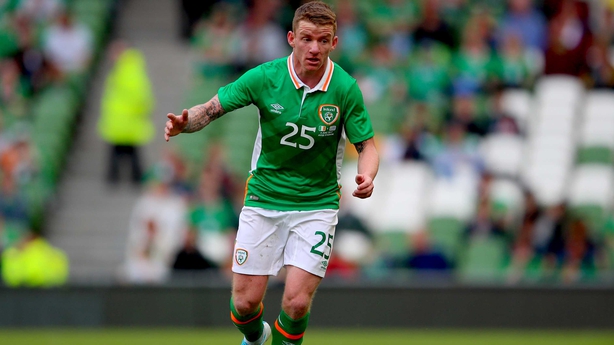 "It is a real shame for him. He has had his operation and it looks like he will be out for the rest of the season. He will be in later, he is recovering very well from it.

"I went to see him in hospital after his operation. His wife is expecting their second child on the 13th of January so there is a bit going on.

"He is a great boy, he is very philosophical about it all and thinking about young Meekings as well, it was just one of those things. it was accidental, both players very committed.

"Jonny has gone into press, the young guy doesn't see him and they clash. So it was unfortunate really."