Should the Republic of Ireland qualify for Euro 2020, they will play one of their group games in Bilbao, and would face Spain either there or in Dublin if the two-time winners also make it.

That news came about after UEFA, by means of a random draw, announced the host city pairings for the tournament which will begin on 12 June, 2020. Bilbao and Dublin were paired together in Group E.

Ireland and Spain last met at Euro 2012 when the eventual tournament champions won 4-0.

After Dublin was selected as one of the host cities in September 2014, it was confirmed that the Aviva Stadium would host three group games and one round of 16 tie.

Two of the Republic of Ireland's games will be in Dublin if qualification is achieved.

England and Scotland could also potentially meet after London and Glasgow were chosen as Group D hosts.

London will host seven games in total after UEFA handed the four fixtures scheduled for Brussels to Wembley. 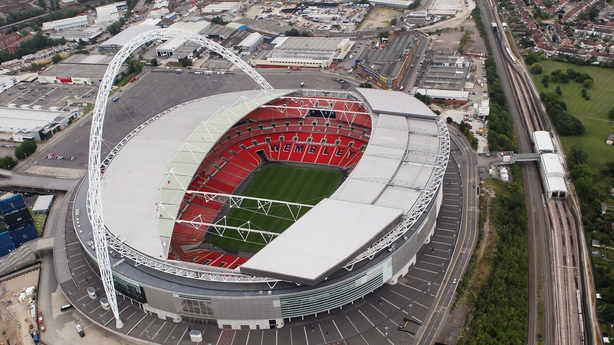 The governing body decided to reallocate the three group-stage games and one last-16 game originally given to the Belgian capital because of delays in the project to build a new 60,000-capacity Eurostadium on the site of Heysel.

Cardiff's Principality Stadium and Stockholm's Friends Arena - the venues for last season's finals of the Champions League and Europa League, respectively - had hoped to pick up Brussels' games.

However, UEFA opted for Wembley, which has already been chosen as the venue for the semi-finals and final.

Glasgow's Hampden Park had been hoping to stage the tournament's opening game but that honour has gone to Rome's Stadio Olimpico.