Celtic boss Brendan Rodgers hit out at Motherwell's hierarchy following the third meeting between the clubs in a week which ended in a 5-1 Ladbrokes Premiership win for the Hoops.

Celtic were awarded contentious penalties in both the 2-0 Betfred Cup final win over Well at Hampden Park last Sunday and in the 1-1 league draw at Fir Park on Wednesday night.

The Lanarkshire club subsequently issued a statement in which they revealed they had sought answers from the Scottish Football Association about the penalty decisions, and stated they would probe "numerous" acts of vandalism in the away stand and also allegations of missile throwing from the Well fans.

"Some of the nonsense that came out them this week was absolutely incredible."

After an Odsonne Edouard hat-trick and a James Forrest double at Parkhead - substitute Elliott Frear scored a consolation for the visitors - extended Celtic's unbeaten domestic run to 67 games Rodgers had a go at the Fir Park club.

The Northern Irishman's post-match press conference started in the media room and continued in the main stand after a disruption due to a false fire alarm and he concluded it by saying: "There was a debate around the honesty and professionalism of the Celtic players and also a question asked of the supporters.

"It is not a debate. These are players who have got to 67 games unbeaten because of their professionalism, their honesty and how they devote their life to their profession. 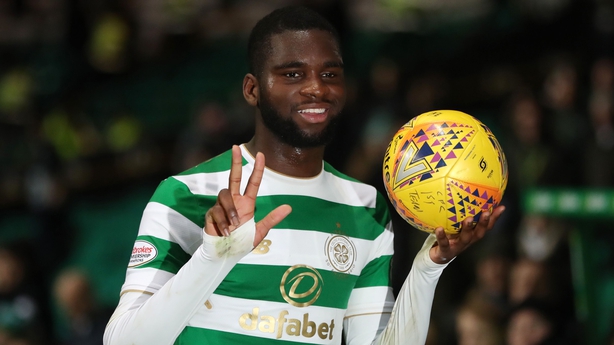 "Along with their supporters, they have been absolutely brilliant.

"I understand Motherwell were probably hurt after the game on Sunday and that over-spilled to Wednesday but some of the nonsense that came out them this week was absolutely incredible.

"After the game on Wednesday, the chief executive of Motherwell, a guy in senior authority, walking around with a laptop trying to demonstrate to media that it wasn't a penalty and then tweets later on that evening talking about retaining class and dignity. That doesn't fit.

"Stephen (Robinson) has done brilliant with the team and the three games were competitive in different ways.,

"But for senior members of the club to do that, then I find that very disappointing.

"The penalties were a bit soft but they were penalties."