Pep Guardiola regrets speaking to Nathan Redmond in the manner he did after Manchester City's victory over Southampton on Wednesday.

The Football Association has asked the City boss to explain his version of events following an aggressive-looking discussion with the Saints player after the final whistle at the Etihad Stadium.

It initially appeared Guardiola was confronting Redmond to complain about something but he said afterwards he was complimenting the player. This was later corroborated by Redmond himself.

But Guardiola has now conceded he should not have approached Redmond in such a way, although he could not contain his emotions in the exhilarating aftermath of Raheem Sterling's injury-time winner.

Asked if he regretted the incident, Guardiola said: "Yes. I did it in Munich, with my old player (Joshua) Kimmich, I did the same in Dortmund and had regret there after the game and the same now.

"I cannot control myself. Hopefully I will improve. What I said is what I said and what Nathan said in his statement.

"I admire him as a player and say thank you for his comments but if the FA want my statement again I am able to explain whatever they want. If they don't believe me I don't know what we're doing here.

"When I give you an opinion, I give you an opinion. You can agree or not, but if I'm explaining what happened and the people don't believe me then let's cancel our press conferences and just play the games. If they want to listen to me then I will do it. It's not a problem." 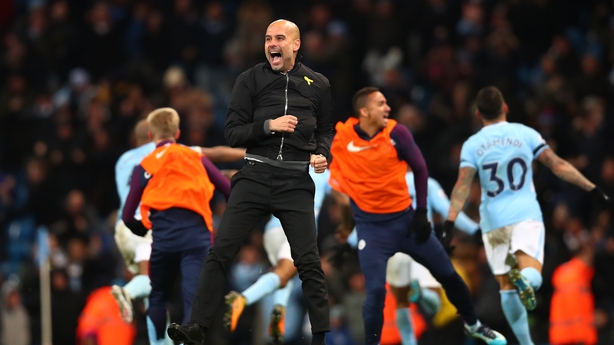 Guardiola said after the game that he was telling Redmond "how good a player he is".

Adding to that at a press conference on Friday, he said: "I said to Nathan, 'You have to attack because you have the quality to do that'."

Redmond released a statement saying Guardiola "was very passionate, intense and aggressive but he was only very complimentary and positive to me".

He added: "I told him I was doing what my manager had asked me to do in the game."

That led to suggestions that Guardiola might have been undermining Southampton boss Mauricio Pellegrino but the City boss has denied this.

Guardiola said: "I have played against millions of managers and the different ways they play. I never judge and never will judge the way my opponents play against my team.

"Never in my career, on or off the pitch, was I disrespectful about what they believe they have to do to beat me. It's the same as I do to beat them.

"My emotion was there because of how I celebrated, scored the goal after 96 minutes."

Guardiola has until December 4 to respond to the FA's request.