Sam Allardyce vowed to get Everton looking upwards again after his appointment as the Toffees' new boss was confirmed.

The former England, Newcastle and Sunderland boss has signed an 18-month deal and will take charge of the club for the first time time in Saturday's Premier League clash at home to Huddersfield.

Allardyce said: "The attraction of the club itself, the people I've known at the club - Peter Reid is one of my best mates, so are Andy Gray and Paul Bracewell, whom I worked with at Sunderland - these people have always made me aware of just how special and unique a club Everton is and I feel really enthused and energised to come in as manager.

"I've always thought Everton was a great club. It is a great club. Obviously, the club has gone through a difficult spell and hopefully I can put that behind us as quickly as possible and start looking upwards again.

Everton announced on Wednesday afternoon that they were finalising a deal to secure the services of Allardyce more than a month after sacking Ronald Koeman.

The 63-year-old had a watching brief as the Toffees put on their best display of the season to beat West Ham 4-0 at Goodison Park on Wednesday.

That was the final game of an eight-match spell in caretaker charge for under-23s boss David Unsworth and an uplifting way to finish what had been a difficult run.

Defeat against the Hammers would have seen Everton drop into the relegation zone but instead Allardyce takes over with the side having climbed to 13th, five points clear of the bottom three. 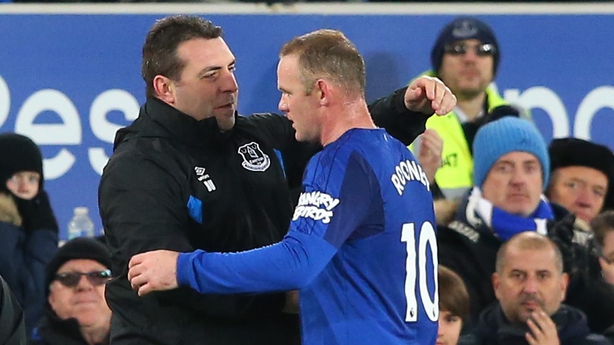 "Let's try to get a healthy spirit around the club," he said. "That's difficult when you're losing but the win last night over West Ham and the magnificent atmosphere around Goodison, which was just brilliant, well that's lifted everybody around the club.

"Last season showed what the club is trying to build and we need to demonstrate that level of ambition and assuredness again. We can. It's a question now of putting in the work to do that and I'm really enthused by the prospect."

Allardyce returns to management six months after leaving his most recent post at Crystal Palace.

He guided the Eagles to Premier League safety before intimating he was retiring, saying he had no ambition to take another job in management.

But the opportunity to turn around Everton's fortunes, and the deep pockets of owner Farhad Moshiri, have tempted Allardyce back.

Moshiri said: "His strong leadership will bring great motivation and get the best out of players.

"Sam understands the long-term ambitions we have for this great club and I know he is a man who gives it his all and is focused 24 hours a day on the club.

"Evertonians are the most passionate and best fans in the world and when the club does badly we all suffer. But in football everything changes very quickly, so I hope this will help to propel us to where we should be.

"I would like to put on record our thanks as a club to David Unsworth for stepping up when we needed him over the last few weeks. He is a real Evertonian, embodying the commitment, pride and passion we all feel for the club."

Unsworth will return to his role with the under-23s while there was no immediate confirmation of Allardyce's backroom staff.