Arsenal's record signing Alexandre Lacazette will miss Saturday's home clash with Manchester United after the French striker suffered a groin injury during the 5-0 thrashing of Huddersfield Town on Wednesday.

Lacazette scored his seventh Premier League goal of the season to give his side an early lead but was replaced at halftime by Olivier Giroud who scored twice.

"Lacazette has a groin problem and will certainly be out for Saturday's game," manager Arsene Wenger said.

That was the only low point for Wenger as his Arsenal side made it 12 consecutive home wins in the Premier League.

Mesut Ozil scored one and had two assists as the German, so often frustrating for the Gunners fans, produced a display of real quality. Alexis Sanchez, who like Ozil has been a source of speculation about his future at the club, also scored.

"His batteries were recharged. He put in a fantastic performance tonight," Wenger said of Ozil whose telling contributions all came in a four-minute spell.

Arsenal are fourth, 12 points behind leaders Manchester City and four behind United, going into Saturday's clash.

"We wanted to take advantage of being at home and we did that again," Wenger said.

"It was another three points and hopefully we can go into the game at the weekend full of confidence, and hopefully it will be a very good week for us." 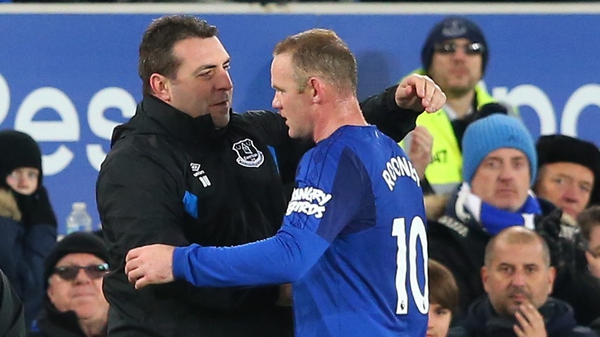 Rooney thanks Unsworth as Allardyce set to take charge