The France international crashed in a wonderful overhead kick to inspire a crucial 2-0 win over the Italians at the Wanda Metropolitano stadium.

Kevin Gameiro added a late second after Bruno Peres was sent off for Roma, to take Atletico's fight to qualify to the final game with their first win in Group C.

Atletico needed victory after back-to-back draws against Azerbaijan's Qarabag, and Griezmann ended an eight-game goal drought for his club when they needed it most.

Roma remain in the driving seat though as they sit second, two points ahead of Atletico.

The Italians face Qarabag at home in the final game while Atletico head to Chelsea, who made sure of their last-16 place with a 4-0 win in Azerbaijan earlier in the day. 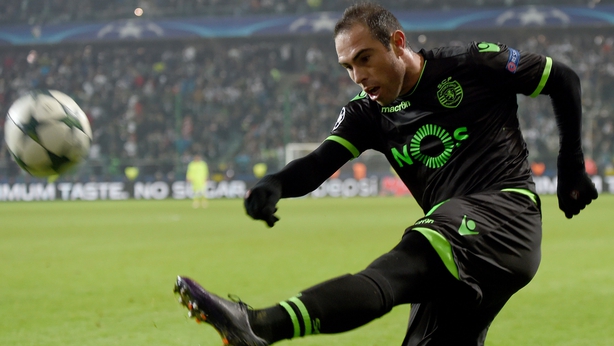 The second qualifying spot remains up for grabs in Group D after Sporting Lisbon moved within a point of second-placed Juventus courtesy of a 3-0 home win against Olympiakos.

Bas Dost scored either side of a goal from Bruno Cesar for Sporting. 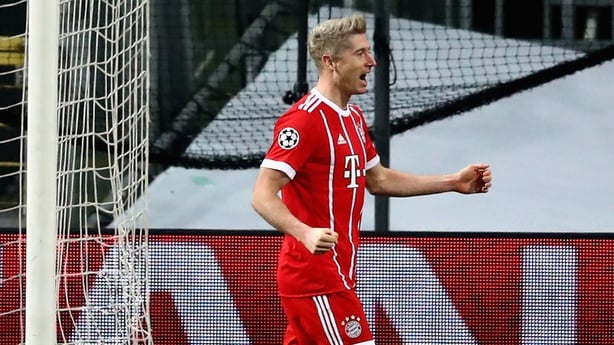 Robert Lewandowski and Corentin Tolisso scored to earn already-qualified Bayern Munich a scrappy 2-1 win at Anderlecht , stretching their winning streak under coach Jupp Heynckes to nine matches in all competitions.

Lewandowski put the visitors ahead six minutes after halftime but Sofiane Hanni's volley on the hour gave the Belgians, who had missed a bagful of golden chances in the first half, their first Champions League goal of the season.

France's Tolisso, however, rose high to head in a Joshua Kimmich cross in the 77th minute and leave Anderlecht bottom of the group and without a point from five matches.

Bayern are on 12 points, three adrift of Paris St Germain, who were 7-1 winners against Celtic and are the Germans' final group opponents next month. 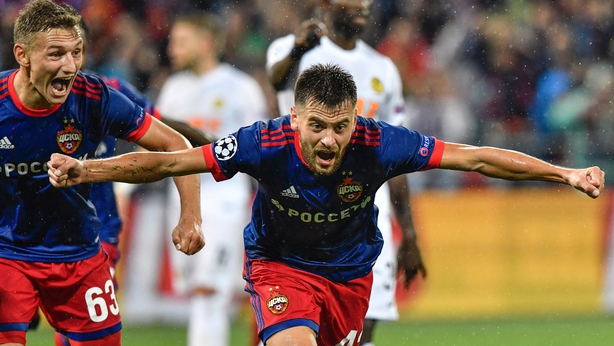 CSKA Moscow earned their first home win of the Champions League campaign with a 2-0 victory over Benfica that strengthens their push to reach the knockout stages while shattering the Portuguese side's chances.

Georgi Schennikov put CSKA ahead after 13 minutes with a left-footed finish, having been assisted by Bibras Natcho's short through ball that shredded Benfica's backline.

The visitors' troubles worsened after the interval as defender Jardel then clumsily deflected a cross by CSKA's Vitinho into the back of his own net after 56 minutes.