Liam Brady believes Shane Long and Wes Hoolahan can pump freshness and creativity into the Republic of Ireland tonight and help them squeeze past Denmark to make next summer's World Cup.

Both were left out of the starting 11 for Saturday's goalless draw in Copenhagen, with Long replacing lone front man Daryl Murphy for the final 17 minutes.

The play-off is on a knife edge, and after 90 minutes of dogged defending but little attacking threat, RTÉ soccer analyst Brady wants to see a change of tack from the boys in green.

"If he was to bring Hoolahan into the team, and I know we've been banging this drum for a long time, but I think Hoolahan makes the other players around him play with more confidence," he told RTÉ Radio 1's Morning Ireland.

"It's vital he plays. If he doesn't then we're going to rely on the predictability of the long ball... and I don't think long-ball physical football is going to pay dividends against the Danes because they're a big strong side themselves and they can handle that.

"He could put Robbie Brady back to left-back and make a place for Hoolahan in that midfield.

"He could put Long up beside Murphy. I don't think he will, I think he'll pick Long because Murphy had a tough game the other night. Shane would give him a fresher option up front.

"The only thing I'd say that's almost certain is that Meyler will come back into midfield. But what Martin's going to do in other areas remains to be seen."

Confident noises have been coming from the Danish ahead of this do-or-die Dublin showdown.

The feeling in the visiting camp is that Ireland are committed and organised but also limited; Age Hareide and Co expect their greater quality to ultimately shine through. 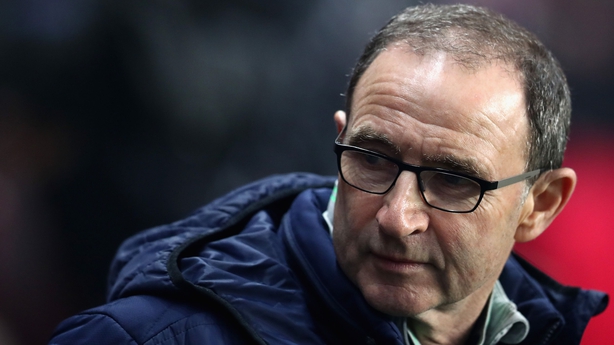 Brady disagrees, and takes heart from O'Neill's knack of producing when it matters most.

"I don't think we have a team you could say is much better than Denmark. It's very well balanced.

"Eriksen is obviously a key player for them. We kept him quiet last Saturday, we need to keep him quiet tonight.

"Martin O'Neill has a great track record in winning games he has to win. That gives me some confidence, but it's going to be a night where we're all biting our nails. I just hope we get the breaks."

Their play-off disaster against Sweden has stunned the nation, but the former midfield maestro saw it coming.

"They're an ageing team, they have a defence that's been around for many, many years," he said.

"That wasn't their problem. Their problem is that over the last five or six years we haven't seen Italy produce a real top-class forward or creative player and up against a aside like Sweden that was necessary to beat them.

"It's been coming for a little while I think."