There’s a big game taking place tonight, but that might not be immediately obvious wandering the streets of Copehagen as the locals go about their business, Christmas shopping, drinking coffee, riding bikes.

The festive markets are in place as mulled wine and hot chocolate is available from many of the novelty stalls dotted around the picturesque quayside.

But around every corner of this most pretty of Scandanavian cities, a clutter of green-clad Irish invaders wander aimlessly, catching a few sights, buying the children’s promised gifts and generally clearing the mind ahead of a huge night at the local Parken Stadium.

On further inspection, the Dubliner pub in the middle of the town is already doing a brisk trade an hour before lunchtime, and while not on the same scale as the mayhem in Cardiff, there is a large Irish contingent in town, and they shall be heard, ringing about the streets of Copenhagen, and more importantly in the stadium tonight.

A two-hour flight from Dublin, followed by a ten-minute jaunt on the always-punctual metro into the heart of the Danish capital, Ireland away trips, don’t get much easier than this, probably!

A quick trip around to the other side of the block and it appears that the party is already in full flow. The Dubliner doing a brisk trade. pic.twitter.com/Dy2vsmc8Vy

Of course, the Irish are coming through all sorts of routes through Europe to get here for the first leg of the World Cup qualifier, with many flying in via London and the train up from Germany also proving popular.

The Irish team, of course, arrived on Thursday for this all-important encounter and there is certainly an element of confidence about Martin O’Neill and his squad.

O’Neill pointed out at yesterday’s press conference that this was his 24th competitive qualifier and he has seen some big matches and huge results throughout that three-year period.

And this Ireland side will bring all that experience, coupled with the Euro 2016 campaign in France, as they look to come out on top over the two legs.

A post-breakfast, pre-pub dander to the Little Mermaid and back appears to be the hangover cure of choice for many Irish fans. #denirl pic.twitter.com/qpSAFFQFUO

Ireland’s form at home in the current campaign has been slightly disappointing as they lost to Serbia and could not beat Wales or Austria, but the away form has been excellent with wins in Cardiff and Vienna to go with the hard-fought, comeback draw in Belgrade.

And O’Neill spoke about that confidence and growing maturity and belief within the squad at yesterday’s pre-match press conference, before heading out onto the pitch for the standard, acclimatising training session on the pitch.

The stadium’s roof was closed due to concerns about the playing surface, and will open at 3pm this afternoon. 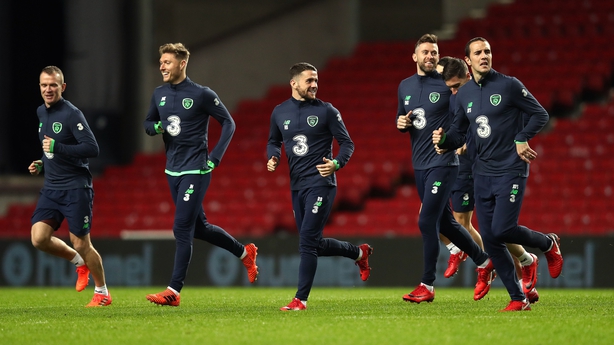 Standing on the sidelines, watching the team going through their warm-up routine, the pitch didn’t look that bad, apart from being a little patchy around the periphery.

But it is cold here in Copehagen, and is expected to be below zero around kick-off time when the wind-chill factor is taken into consideration, so it will be interesting to see if the pitch cuts up or if the ball moves about with ease.

Coffee and cake a snip at just about €14...!! #Copenhagen pic.twitter.com/vJDLlZO8v7

Last night’s training session courted controversy with rumours that there was a curtailment of sorts due to the adjacent offices overlooking the pitch, but the FAI cleared that up earlier today saying that it was hogwash, or words to that extent – our genial hosts would hardly sink so low.

Over the past few weeks, there has been little said about this game that didn’t involve Danish playmaker Christian Eriksen, and the theme has continued right up until matchday.

But it is not just the Irish who have been name-checking the Spurs maestro, as the local media have gone big on Eriksen as well and totally believe that he will prove the difference between the two sides.

A look through the local papers and a chance to brush up on my Danish. "Irish wall will stand in the way of the World Cup ticket" #rtesoccer pic.twitter.com/Gr8yd4qrdP

The local newspapers are full of Eriksen-inspired articles, while they also believe that this Irish team are coming to park the bus for the first leg.

The manager, of course, has other ideas and perhaps his biggest weapon is this perennial perception that Ireland have no players, just a big heart.

Hearts may be broken in Copenhagen this evening. 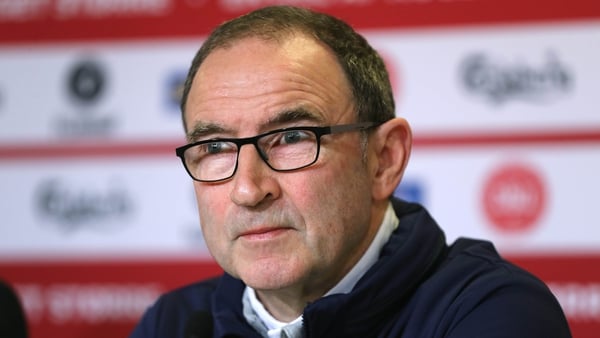