Brendan Rodgers admitted it was a special feeling to break a 100-year-old British record after his Celtic side stretched their unbeaten domestic run to 63 games.

A 4-0 triumph at St Johnstone saw Rodgers and his players overtake a mark set by Willie Maley's Hoops side during the First World War.

Maley was Celtic's first manager and was in the role for 43 years after spending the bulk of his playing career at Parkhead - he was at the club for the first 52 years of their existence.

And boyhood Celtic fan Rodgers fully appreciates the enormity of their achievement. 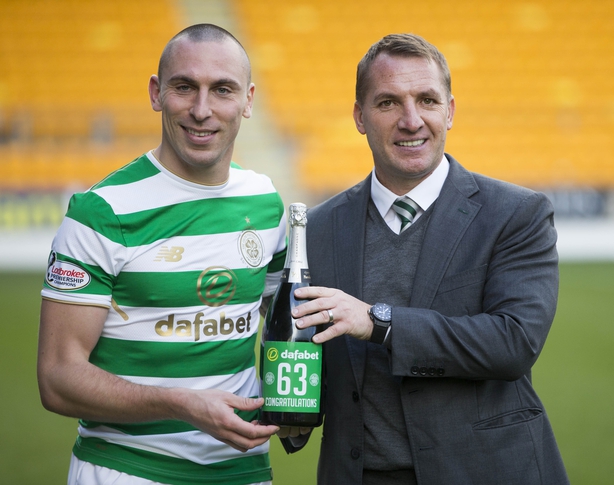 "I just said thank you to the players because for everyone - Celtic supporters and staff - it's a really special day," he said. "A century-old British record which was obviously held by Celtic, we have broken that today.

"It's no mean feat in modern sport, in particular football, where players have had to face everything really. You think of going behind in games, playing big semi-finals and finals, being tired in games, different surfaces, everything that has been thrown at them.

"That level of mentality and standard they set every day in training, they really take that on to the field. It's a proud day for everyone involved at Celtic."

St Johnstone were the last Scottish team to beat Celtic but never looked like repeating the feat. Scott Sinclair fired home after a 28th-minute corner and Celtic stepped up a gear in the final 18 minutes with Moussa Dembele and Olivier Ntcham scoring either side of Steven Anderson's own goal. 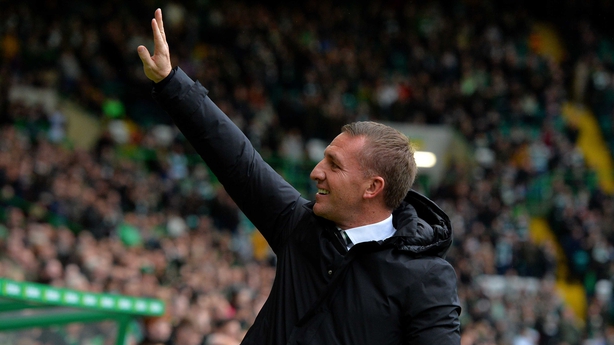 Celtic won the treble in Rodgers' first season and the manager admitted the record was something else to savour.

He said: "It's something I never really thought about as we went along. My motto has always been to win the next game.

"Football is a very, very difficult game to forecast. You can look over a month and look at where you might get results, but my experience tells me now - today was my 400th game as manager - to just focus on the next game. And that's what we do, and the players are very much in that mindset as well.

"But looking back to that team Willie Maley had as manager, guys of my age will be aware of Patsy Gallacher and that type of player because of how great that team was and what they achieved.

"So for us to go one game beyond that is a really special feeling and I would never have imagined that."