Zinedine Zidane has warned Tottenham he thrives under pressure and that Real Madrid cannot wait to put right Sunday's surprise defeat to Girona.

Spurs face Madrid in the Champions League this evening (7.45pm, live on RTÉ2) and it would appear a good time to face the holders, who are struggling with both fitness issues and form.

Gareth Bale, Keylor Navas and Raphael Varane will all miss the match at Wembley through injury while Madrid are coming in on the back of a shock 2-1 loss to newly promoted Girona.

The result leaves Madrid eight points behind Barcelona in LaLiga but Zidane insists his players are now chomping at the bit to prove their doubters wrong.

"After a defeat, of course people aren't happy, but in some ways I actually like this," Zidane said.

"I like having the motivation of a big match so we can get back to winning ways. This is something that inspires me.

"When the going gets tough I think I work my best. Life is like this, there are always hard moments, but you have to trust in the way you work and come back stronger."

Madrid might also be without Isco, who has a thigh problem, but Tottenham are sweating on the fitness of Harry Kane, who is hoping to shake off a hamstring injury.

Kane has scored five goals in three Champions League games this season, but Madrid defender Marcelo insists the striker's availability is not on their minds.

"It does not make for me a big difference," the Brazil full-back said.

"Harry Kane is a very important player but Tottenham are more than just one player. I've seen many matches where Harry Kane does great things but I've also seen the team produce great things.

"It is important for us not to think just about Harry Kane, whether it is harder with him there or not as hard if he isn't. We have to consider the group and take on the team as a whole."

Tottenham and Madrid drew 1-1 at the Bernabeu last month. The teams sit level on seven points each at the top of Group H. 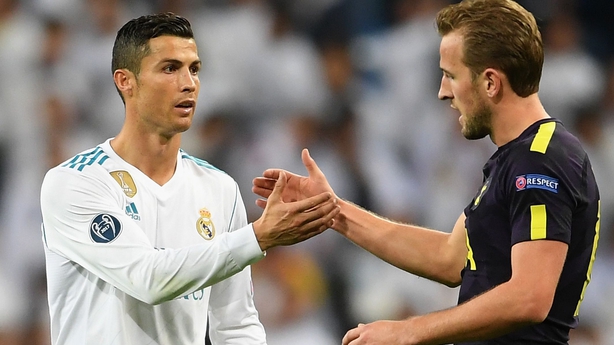 Includes all competitive games except internationals.