Anthony Martial came off the bench to fire Manchester United to victory as Jose Mourinho's men edged a cagey encounter with high-flying Tottenham.

The match looked set to end in an unremarkable draw, only for substitute Martial to race onto Romelu Lukaku's flick-on late on to fire United to a 1-0 win against Mauricio Pochettino's Spurs.

The relief was palpable after the substitute's effort bobbled past Hugo Lloris in the 81st minute, continuing United's 100 per cent Premier League record at Old Trafford where they have not even conceded a goal.

A smattering of jeers had greeted Mourinho's decision to bring on Martial in place of Marcus Rashford, but the change paid dividends as United belatedly showed a cutting edge.

The substitute compounded Harry Kane-less Tottenham's shock Carabao Cup defeat to West Ham, but things could have been different had Dele Alli not wasted Spurs' best chance before Lukaku hit the post and Martial netted the winner. 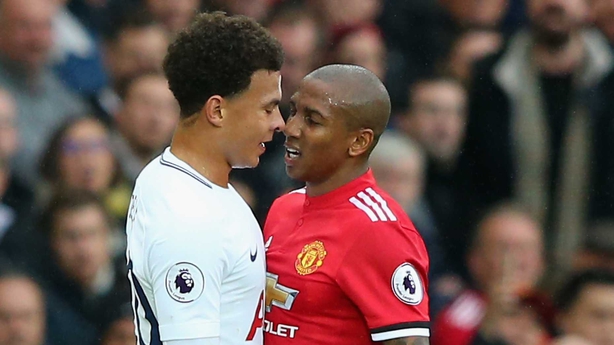 While the end may have been exciting, the match was as drab as the weather for much of the afternoon.

United's bright start proved a false dawn as Rashford's long-range free-kick was the best they could muster before Spurs settled.

Serge Aurier and Moussa Sissoko tried their luck at the other end as Phil Jones made some key interventions, before Ashley Young and Dele Alli had a frank exchange of views as the Old Trafford faithful lapped up United's strong tackles and pressing.

It was Tottenham who looked most likely to open the first-half scoring, with Alli trying his luck before United target Eric Dier improvised to get an acrobatic attempt on David De Gea's goal.

The rain poured as the teams emerged for the second half - a period United again began brightly. 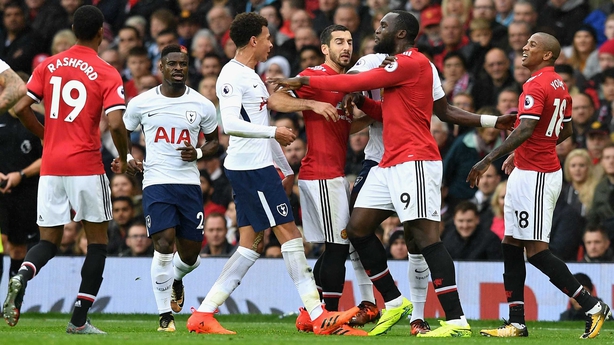 Crosses were flying into the Spurs box and Lloris could not hold onto a Henrikh Mkhitaryan shot, with Ben Davies' superb recovery tackle denying Rashford a simple goal.

Antonio Valencia smashed a half-volley just over as United looked for a breakthrough, with both managers making changes in an attempt to swing the game.

The decision to replace Rashford with Martial in the 70th minute was not universally popular but the replacement quickly made an impression.

After failing with an overhead kick, he then showed a nice touch in a move that ended with Lloris tipping away a Lukaku cross-shot. 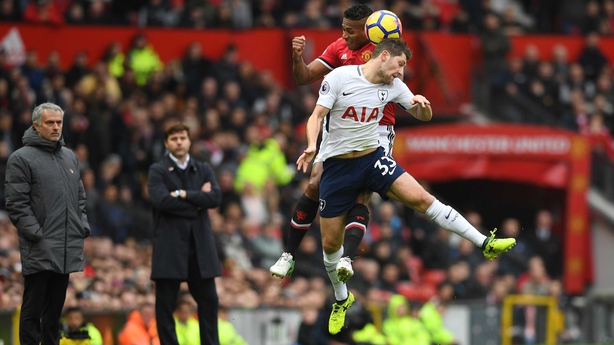 Valencia was booked for diving as the hosts pushed for a winner, with Spurs struggling to trouble United until Christian Eriksen's smart clipped pass was met by Alli.

The England international could only turn wide from close range and United reacted.

Lukaku met a superb cross from the right with a powerful header that came back off a post, before United went route one for victory.

De Gea's long kick was flicked on by Lukaku, with Martial shrugging aside Dier to send a bobbling effort past France team-mate Lloris as Old Trafford erupted.

United shut the game down after the goal, with Mourinho holding a finger to his lips at full-time after silencing some of the doubters.