Sam Allardyce has ruled himself out of the running to be the new Scotland manager and has backed David Moyes for the job.

Former England boss Allardyce was installed as one of the favourites for the position after it was vacated by Gordon Strachan on Thursday.

Allardyce left Crystal Palace of his own accord in the summer after keeping them in the Premier League and has been linked with a number of positions since.

But despite Scottish ancestry he says he will not be heading north of the border.

"My parents and sister were all born in Scotland, I have heritage from there, there's no doubt about that," he told BBC 5 Live's Sportsweek.

Asked if the job interested him, he added: "Not at this moment in time because I'm enjoying not being involved at the front end of football at the moment. I think David Moyes would probably be my choice for that one. 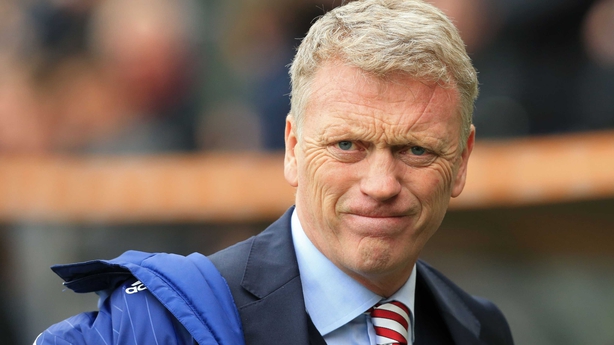 Malky Mackay has been placed in interim charge while the Scottish Football Association plots its next move.

Strachan left the job after failure to qualify for the World Cup.

Speaking on Friday, bookmakers' favourite Moyes - out of work since leaving Sunderland after Premier League relegation - said he was open to contact.

"There's been no approach from Scotland but I work closely with the SFA, just two weeks ago I was working with their coaches, so they know where I am if they want to speak to me," he told BBC Radio Five Live.

"I don't think anyone ever turns down their national team but it's got to be at the right time as well.

"My first choice would be to go back to club management but if Scotland want to talk I'd be happy to speak to them to see what they have to say."