Daryl Horgan admits he may be down the pecking order for Republic of Ireland manager Martin O'Neill, but is preparing as if he will be afforded the opportunity to shine the next four days.

The Republic of Ireland host Moldova tomorrow evening before travelling to Cardiff next Monday for their final World Cup qualifiers.

Six points may not be enough to secure a play-off spot depending on results elsewhere, but two victories are the minimum required to keep alive dreams of Russia next summer.

With Robbie Brady and James McClean suspended, Jon Walters ruled out through injury and James McCarthy just getting back to training after a long injury lay-off, O’Neill has selection issues with regard to the make-up of his midfield

Preston’s Horgan, who made his international bow against Iceland last March, told RTÉ Sport that he is chomping at the bit to play, but admits there is still strong competition for places.

"Obviously there are players who have been there, done that. You’d be hopeful, you’d like to think that there is an opportunity there with a couple of lads out.

"It will be difficult to get a run, but I’ll prepare like I’ll get the chance, but there’s a lot probably ahead of me at the minute. 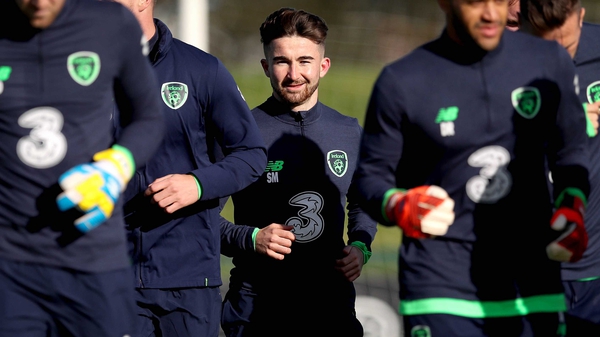