The Spanish striker cancelled out Philippe Coutinho's sumptuous 27th-minute opener nine minutes later, although what he knew about it is debatable after Joel Matip's attempted clearance came back off him and ended up in the net.

It was one of few chances Benitez's current employers created in front of a crowd of 52,303 at St James' Park.

By contrast, the Reds carved out a series of openings and but for Republic of Ireland keeper Rob Elliot and some sub-standard finishing, could have emerged with three points rather than one.

After a week rife with talk of takeovers and new managerial contracts on Tyneside, the game which followed it was never likely to be uneventful, and so it proved.

Liverpool arrived with Klopp exasperated at having to defend his free-scoring, but defensively suspect team to meet a Newcastle side which had endured an all or nothing start to their league campaign with three wins and three defeats.

The visitors bristled with attacking intent with Coutinho orchestrating from deep to allow Mohamed Salah and Sadio Mane, back in league action for the first time since his dismissal against Manchester City, to link with Daniel Sturridge.

Having started brightly, the Magpies found themselves having to defend deep and often at full stretch, skipper Jamaal Lascelles blocking a 16th-minute Sturridge shot after a mesmerising link-up which started with the striker and also involved Salah, Georginio Wijnaldum and Coutinho.

Mane volleyed wide from a tight angle two minutes later and DeAndre Yedlin had to cover across in the nick of time to dispossess Salah after Sturridge had played Salah in behind Ciaran Clark with 20 minutes gone.

Matt Ritchie had earlier tested Simon Mignolet with a curling left-foot effort, but the visitors came close to an opening goal when Wijnaldum flicked Coutinho's 24th-minute corner against the upright and defender Dejan Lovren saw his follow-up blocked before Mane fired wide. 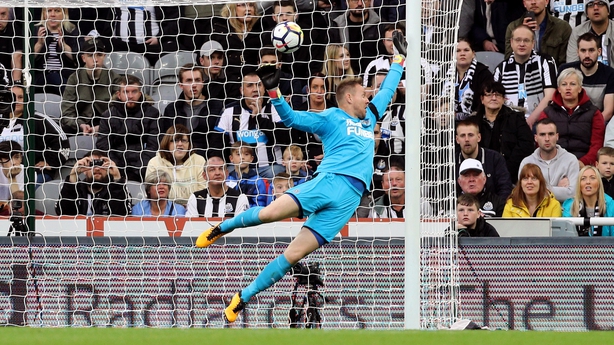 The pressure eventually told three minutes later when, after Lascelles and Ritchie had only half-cleared their lines, Coutinho worked his way into range before thumping an arcing shot beyond Elliot's despairing dive.

However, the lead lasted just nine minutes and if there was a touch of fortune about it, the Jonjo Shelvey pass which opened up Liverpool deserved it.

He played Joselu in between central defenders Matip and Lovren and although the striker dallied, Matip's sliding challenge sent the ball against the striker's shin and inside the post.

The visitors should have restored their lead within five minutes of the restart when Clark's air-shot put Sturridge in on goal, but Elliot blocked the initial shot and Salah blazed wastefully over from the rebound.

Shelvey headed clear after Lovren had helped the ball across goal with 12 minutes remaining and substitutes Dominic Solanke and Alex Oxlade-Chamberlain both missed the target amid a late flurry, but Mohamed Diame almost snatched victory for the Magpies at the death.