Rafael Benitez has admitted the money flooding into the Premier League is making it more difficult ever year for Liverpool to rekindle the glory days of the 1980s.

Benitez came as close as anyone to returning the club to the game's pinnacle, wining four trophies including the Champions League during his six-year tenure, but he believes present incumbent Jurgen Klopp is being hampered by the spending of his competitors.

The Reds have invested heavily in the likes of Georginio Wijnaldum, Mohamed Salah and Alex Oxlade-Chamberlain in the last year or so, but their expenditure has been dwarfed by that of Manchester City, Manchester United and Chelsea.

Benitez said: "When I arrived at Liverpool, the budget was £20m gross. When I left, it was £17m, but still people said I must win the title, I must compete.

"(Manchester) United had around £50m more every year, but people said I had to compete against them every year. After, there was Chelsea.

"At that time, it was Chelsea, Arsenal and Manchester United. Now you have Manchester City and Tottenham, as well as PSG and the others. But it's always been similar.

"There are massive clubs with massive amounts of money and Liverpool were always a little bit behind.

"How can you win trophies? You have to create a good team with a great atmosphere and work hard and then you can get there.

"The reality is, the teams that have won the title, probably 90% of the time, are the teams with the most money." 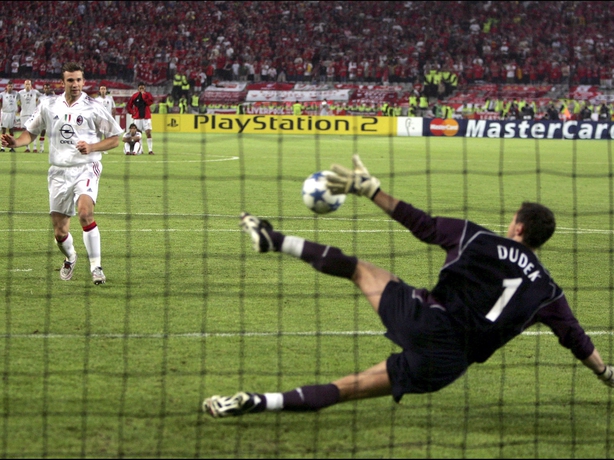 Benitez wrote himself indelibly into Liverpool's history when he guided the club to Champions League glory in 2005 and - as he prepares to lead current employers Newcastle into battle against them on Sunday - he admits there was a time when he might have spent the rest of his career on Merseyside.

He said: "In the days when David Moores and Rick Parry were in charge, it was really, really good. They were people who really understood football. They could really understand the fans and the manager and the players.

"Unfortunately, that board didn't have the money to compete against the top sides and he (Moores) had to sell.

"In terms of the way they were running the club, it was like a family, very close. I was quite confident. Then everything changed, they changed directors and owners and ran it more as a business rather than a football club.

"The team was improving but other teams came in with so much money and it was impossible."