Fellaini's double was sandwiched between Juan Mata and Romelu Lukaku goals in a comprehensive 4-0 win that saw United equal their record tally of 19 points after seven Premier League matches as embattled Palace fell to another loss.

The Eagles are the first team in English League history to lose their first seven matches without scoring - an outcome that went from possible to likely when their brittle confidence was knocked inside three minutes. 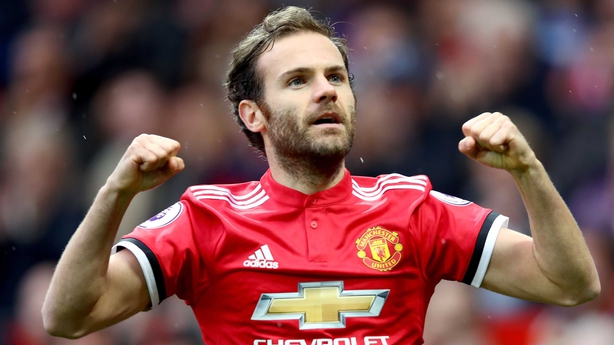 The Belgium midfielder then glanced home Rashford's fine free-kick early in the second half before Lukaku's 11th goal in 10 appearances for United compounded matters on another scoreless - and pointless - afternoon for Roy Hodgson's Palace.

In truth, the visitors never looked like recovering from the wind being knocked out of their sails within 150 seconds on a damp September afternoon.

Rashford turned with consummate ease on the left and darted towards the box, showing impressive intelligence to cut back for Mata to fire home in front of the Stretford End.

Nemanja Matic missed the target at the end of a sweeping attack as United looked for a quick-fire second, before Palace began to contain the hosts and have half-chances of their own.

Mamadou Sakho's early header over was followed by a string of corners and makeshift striker Bakary Sako stinging the palms of David De Gea, but the Palace goal was breached again in the 35th minute as United's second shot on target brought their second goal. 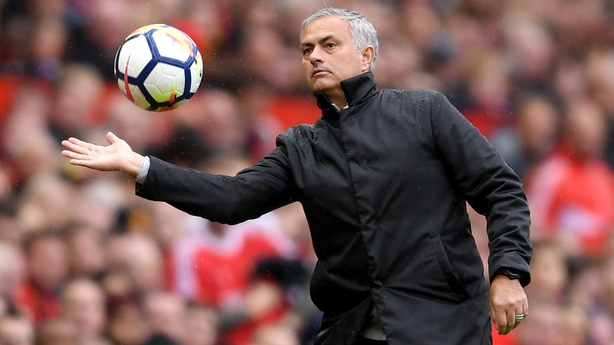 Young, just as he did from left-back at Southampton last weekend, cut on to his right and swung over a superb cross. This time it was Fellaini on the end of it, beating Wayne Hennessey with his far-post finish.

Chris Smalling nodded a corner just wide and a Rashford strike hit a post via an apparent touch from Hennessey, with Henrikh Mkhitaryan getting away a volley before the welcome respite of half-time arrived for Palace.

Just four minutes after play resumed, Palace conceded again as Rashford whipped in a dangerous free-kick met by a glancing header from Fellaini.

The defending was inexplicably bad by the visitors, who attempted to recover as Jeffrey Schlupp appealed for a penalty and Sako dragged wide either side of a Young attempt. 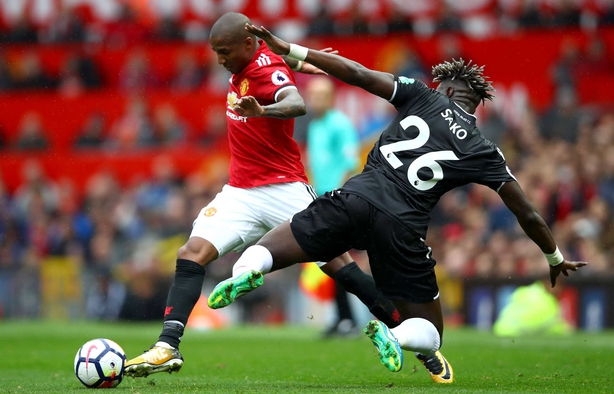 The Impressive Rashford walked off gingerly after Lukaku somehow missed the target, with former non-league striker Freddie Ladapo introduced for his top-flight debut as Palace desperately searched for a consolation goal.

Andros Townsend's free-kick threatened, but substitute Anthony Martial would have made matters worse had Hennessey not dashed off his line.

It merely delayed the inevitable, though, as Martial's square cross found the unmarked Lukaku to tap into an empty net, seeing him match Andrew Cole's record of seven goals in his first seven Premier League matches for United.