Bournemouth v Leicester
Bournemouth look set to be without midfielder Harry Arter again because of an Achilles problem.

Dan Gosling is also a doubt after taking a heavy knock towards the end of the defeat at Everton and will be assessed. Tyrone Mings has a back problem.

Leicester are keeping an eye on the fitness of Jamie Vardy, who has been managing a hip problem and only trained for the first time this week on Thursday. Robert Huth, who underwent ankle surgery in the summer, and midfielder Matty James (Achilles) remain out.

Chelsea v Manchester City
Eden Hazard is expected to start in the Premier League for the first time this season.

Defender David Luiz completes his three-match domestic suspension for his dismissal against Arsenal, with Andreas Christensen poised to deputise. Danny Drinkwater (calf) is out.

Manchester City will be without Sergio Aguero after the striker suffered rib injuries in a car crash on Thursday.

Benjamin Mendy is a long-term casualty after rupturing an anterior cruciate ligament. Vincent Kompany, who has missed the last six games, remains on the sidelines with a calf injury.

Christian Eriksen has recovered from illness and is available but Serge Aurier is suspended following his red card last week.

Mousa Dembele remains sidelined with an ankle injury while Danny Rose and Victor Wanyama are both still missing with knee problems. 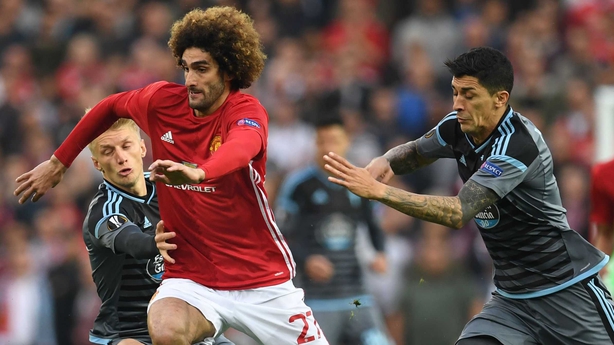 Phil Jones and Antonio Valencia will be assessed along with Maraoune Fellaini and Anthony Martial.

Freddie Ladapo could solve Crystal Palace's striker crisis after Christian Benteke was ruled out for at least six weeks with knee trouble.

Bakary Sako could be pressed into service as a makeshift striker. Ruben Loftus-Cheek has a thigh problem, and James Tomkins is ill.

Mark Hughes does have Kurt Zouma back after the Frenchman was ineligible to face his parent club Chelsea last weekend.

Virgil van Dijk could remain on the bench for Southampton. Saints boss Mauricio Pellegrino may be able to select from an almost full-strength squad, with Matt Targett working hard to shake off ankle trouble.

Sebastian Prodl (thigh) is stepping up his rehabilitation, but Younes Kaboul (hamstring) is not expected back until after the international break. 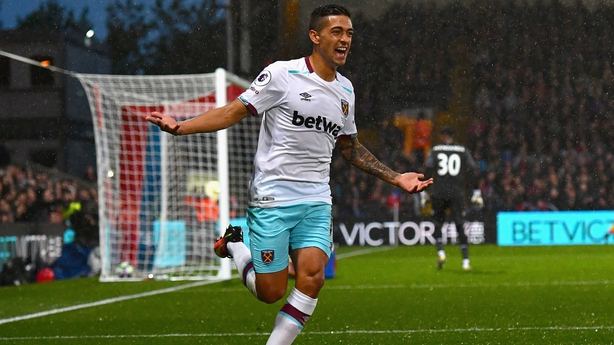 West Ham v Swansea
Manuel Lanzini (knee) and Michail Antonio (groin) are in the West Ham squad after both returned to fitness. Pedro Obiang is still missing with a muscle injury and James Collins has ankle trouble.

Swansea skipper Leon Britton is under consideration following his full recovery from a knee injury.

On-loan Renato Sanches and Tammy Abraham could also return as Ki Sung-yueng (knee) and Nathan Dyer (Achilles) prepare to build their fitness in an Under-23 game against Celtic.

Brighton will be without Tomer Hemed, who starts a three-match ban. Sam Baldock is still missing with a calf problem but Glenn Murray has an outside chance of being involved after an ankle injury.

Oumar Niasse is set to return having missed the 2-2 Europa League draw with Apollon Limassol. Wayne Rooney injured his hand in that match but is fit to play.

Jon Walters (knee) and Nahki Wells (ankle) will again sit out for Burnley.  Dean Marney, who has been sidelined since January after rupturing knee ligaments, is back in training. 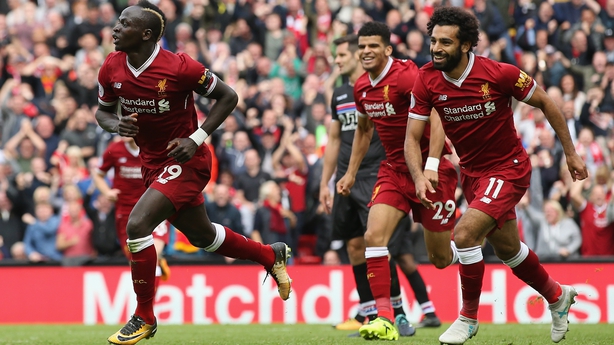 Florian Lejeune returns to contention after shaking off an ankle injury, but manager Rafael Benitez otherwise has no fresh injury concerns with only fellow defenders Paul Dummett (hamstring) and Massadio Haidara (knee) missing.

Liverpool forward Sadio Mane is set to start after returning from a domestic suspension.

Georginio Wijnaldum could face his former club at the expense of Emre Can. Adam Lallana (thigh) is running outside again but is still several weeks from a comeback.