Everton's poor start in the Europa League continued as they were held to a 2-2 draw at Goodison Park by Cypriot outfit Apollon Limassol, who finished the game with 10 men.

A fortnight on from the woeful 3-0 away defeat to Atalanta in their Group E opener, Everton fell behind in the 13th minute when Adrian Sardinero netted following a mistake by Ashley Williams.

Eight minutes later they capitalised on an error from Apollon's Hector Yuste, with Wayne Rooney stroking in his first European goal for Everton, and substitute Nikola Vlasic then opened his Toffees account by slotting home in the 66th minute.

That looked set to be the winner, but a chaotic finish to the contest saw the away side have Valentin Roberge sent off, then equalise moments later through Yuste's header, before Dominic Calvert-Lewin blew a superb opportunity to secure victory for the hosts at the death.

Koeman told BT Sport: "To concede in the final minutes is really disappointing.

"We started poorly without any confidence, doing a lot of mistakes in our possession. We had a good reaction, we had a big present to get to 1-1. The second half was much better and controlled the game and had big chances to score a third. 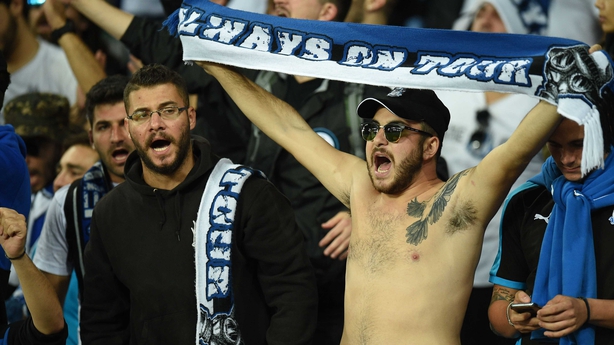 "Its football, sometimes when you are struggling that's the reason we are too afraid to play football. Then it's difficult if your body is not full of confidence. It's several players.

"The challenge is to get the team full of confidence. But we need to start better than we did today because if we start like that with many mistakes - the first goal is shocking - then you don't get it back.

"If we win the game then we would have more confidence for the weekend. It feels like a defeat, not even a draw."

Rooney also reckoned the draw felt more like a loss.

"Of course, it's hard to take, we deserved to win the game, we had the better chances, we were the better team," he said.

"Obviously we conceded some sloppy goals. It's a point, we have to move on but it should be three.

"They are a good team, we know the strengths they have got, there are no easy games in Europe.

"We just need that goal to see the game off.

"We are still finding our feet, we have had a very difficult start to the season in terms of fixtures.