Everton manager Ronald Koeman has told James McCarthy not to take any "unnecessary" risks after Martin O'Neill suggested the midfielder has a chance of featuring against Moldova and Wales.

McCarthy, who has been sidelined by a knee problem and is yet to feature this season, has been named in the Republic of Ireland's provisional squad for the World Cup qualifier double-header which begins in Dublin on Friday week.

Koeman had a war of words with Ireland boss Martin O'Neill last term over McCarthy's use by the national team after suffering injury.

Ahead of Everton's Europa League tie against Apollon Limassol tonight, Koeman said Ireland were within their rights to call up McCarthy but that he hoped the 26-year-old would be careful after a long period out.

"Every nation is free to call the players. If they call James for the Irish national team, then he needs to go because that is a FIFA rule," he said.

"I heard from the doctor he can be part of the team for training this Friday. But his last game was in July. I think that is the answer for you."

"What I expect from every Everton player is don’t take risks when it’s not necessary.

"When it’s the last game of the season, if it’s a play-off game for the season then everybody understands it’s difficult for the player as you are stuck in the middle between your country and your football club.

"But still we pay all the salaries to the players. What I expect from the player is always a good communication between them and our medical staff." 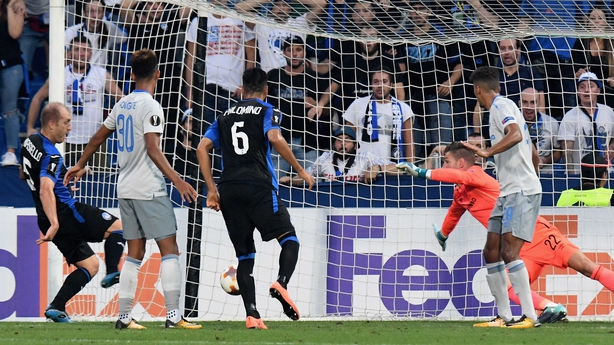 Koeman wants the Toffees to have "that revenge feeling" when they host the Cypriots tonight.

The Merseyside outfit head into what is their second Europa League Group E fixture having been woeful in their opener, the 3-0 away defeat to Atalanta two weeks ago.

Everton halted their four-game losing streak last week by beating Sunderland 3-0 in the Carabao Cup, then won 2-1 against Bournemouth in the Premier League last week but the Dutchman said: "The two wins were important, but this is a different competition.

"We need to react, because what we saw in Italy was not the Everton we like. We have to show that revenge feeling."

Everton will be without man-of-the-moment Oumar Niasse as Koeman opted not to include him in the squad for the group stage of this competition - a decision the manager insists he has no regrets over.

When the squad was announced on September 5, Niasse had not featured for Everton's first team since May 2016, with the Senegal striker having spent time banished to the Under-23s and then on loan at Hull.

He returned in some style last week as two substitute appearances saw him score once against Sunderland on Wednesday and then twice against Bournemouth to turn that game around on Saturday.

When asked if it was frustrating that Niasse was not part of his squad for the Europa League, Koeman said: "No, because we had to make that decision a long time ago. At that time his situation was not the situation of now."

He added: "I believe we need to improve our attacking, but I am not worried because I believe in the qualities of our strikers."

Wayne Rooney, left with a cut above his left eye and a bloodied face on Saturday having been caught by Simon Francis' arm, is fit to feature, but Michael Keane (foot) and Phil Jagielka (hamstring) remain unavailable.

Mason Holgate is set to play at centre-back again as he did at the weekend.