Martin O'Neill is giving James McCarthy an outside chance of featuring in the Republic of Ireland's World Cup qualifier double-header, but said he has not been in dialogue with Everton boss Ronald Koeman over the fitness of the midfielder.

The two managers butted heads last March when McCarthy was included in the Ireland side to play Wales in Dublin despite missing the Toffees' previous two league games with a hamstring injury.

Koeman's mood darkened when McCarthy pulled out before kick-off when the problem flared up again.

That prompted him to accuse the Irish set-up of "not protecting" his player, an accusation O'Neill fiercely denied, labelling his Dutch counterpart "a master tactician of the blame game".

McCarthy hasn't played for Everton this season, but he has been named in the provisional squad for Ireland's games against Moldova on Friday week and Wales three days later.

Suspensions to James McClean and Robbie Brady for the Moldova game, Jon Walters' absence due to a knee injury and a doubt over Harry Arter - "the news came through that he had got a little bit of a calf problem, I'll be keeping an eye on it" - have strained O'Neill's midfield options.

O'Neill also confirmed that Wes Hoolahan is nursing a knock, sustained in Norwich's 0-0 draw with Bristol City at the weekend, though he isn't unduly concerned about the playmaker. 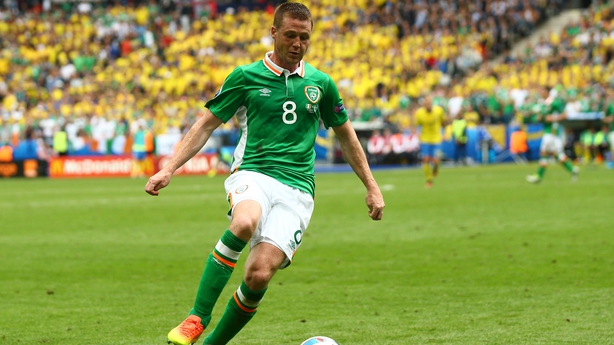 All that means McCarthy would have a serious chance of figuring at some point over those two collisions if he can prove his fitness this week.

"There's the possibility of him coming back to full training in the next couple of days," O'Neill said.

"That might not give a great deal of time. He wants to come back into full training and the full training is towards the end of this week.

When asked if he'd spoken to Koeman about McCarthy, O'Neill replied firmly: "No."

With Serbia four points clear at the top of Group D with two games remaining, everything is riding on the runner-up spot - itself not an absolute guarantee of making the play-offs as only the best eight second-placed teams go through to that stage.

The Welsh travel to Tiblisi before hosting the Irish, and will only have a couple of days' recovery from what O'Neill described as "a long enough trip, probably not ideal".

"I think the game in Georgia will be difficult for them, but it doesn't concern me," he added.

"We have to win our two matches. can't even think about the second game. We have to try and beat Moldova. That will be a tough evening for us."