Eamon Dunphy believes Liverpool manager Jurgen Klopp needs to do the "obvious" and sign some defenders if they are to challenge for silverware this season.

The Merseysiders have already conceded 11 goals in the Premier League this season, and again looked defensively shaky in their 3-2 win over Leicester City at the weekend, coming days after exiting the Carabao Cup to the same opposition after further difficulties at the back.

The Reds have looked very impressive at times on the front foot, something which makes their defensive woes even more difficult to excuse according to Dunphy.

"The front six are fine and when they get Sadio Mane back they will be frightening going forward," he said speaking on 2fm’s Game On programme.

"That’s the hardest part of the game. The problem is very simple; they haven’t got people who can defend."

Southampton’s Virgil Van Dijk has been linked strongly with a move to Anfield and the former Celtic man was reported to have been the number one transfer target for Klopp during the summer.

Dunphy believes that he alone wouldn’t solve the glaring problem.

"Liverpool need two or three defenders and a goalkeeper," he said.

"I think he [Klopp] is very odd in that he won’t do the bleeding obvious and sign some defenders.

"They were two-nil up against Leicester last Saturday when Leicester got a corner in the 45th minute.

"Everyone who has played the game professionally would say, ‘okay lads, this is the moment where we need maximum concentration' because it is dumb to give a goal away at the time. They gave the goal away.

"Simon Mignolet came for a cross he shouldn’t have come for. He probably came because he didn’t trust his back four and the ball ended up in the back of the net.

"There’s no statistic required there. It’s just the inability to concentrate and focus on defending a corner." 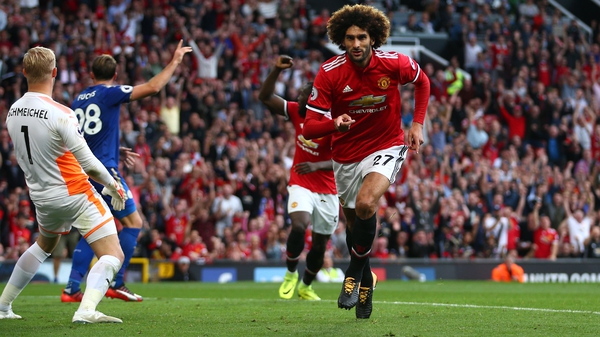 Fellaini ruled out of United's mission to Moscow