Republic of Ireland midfielder Jeff Hendrick has finally overcome the thigh injury that ruled him out of the crucial World Cup qualifiers against Georgia and Serbia, and is available for Burnley's Carabao Cup clash with Leeds at Turf Moor tomorrow night.

Hendrick was forced out of the draw in Tbilisi and subsequent Aviva Stadium loss against the Serbians but will hope to play a part in the final two Group D games in November.

Ireland host Moldova before travelling to Wales, two games they must win to keep alive their fading hopes of making the World Cup in Russia next summer.

The 25-year-old, who has not played for the Clarets in a month, was left out of the squad Dyche took to Anfield at the weekend - despite being considered fully fit - and could be among the changes made. 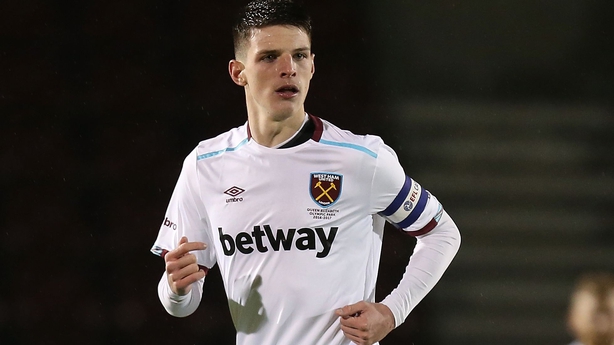 Meanwhile Ireland U21 international Declan Rice should feature for West Ham in their clash against Bolton.

Rice has made a great start to the campaign and is extremely highly rated at the Hammers.

Still only 18, he was his team's only positive in their 4-0 loss to Manchester United in the opening game of the season, looking right at home in his half-hour cameo off the bench.

He then made his first start against Southampton - which West Ham also lost - and afterwards Pablo Zabaleta predicted he will be "a very important player for West Ham over the years to come".

Born in London, Rice qualifies to play for Ireland through his grandparents.